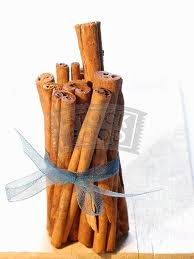 As the holiday season quickly approaches, so do the spicy sweets. Think gingerbread and cinnamon rolls. When it comes to winter treats, cinnamon is one of the most commonly used spices during the holiday season. Dating back to 2800 B.C. Chinese records, it has long been a highly desired and fragrant commodity.

A native of Sri Lanka, (known as kwai in the Chinese language today) its botanical name is from the Hebraic and Arabic term amomon, which means fragrant spice plant. Ancient Egyptians used cinnamon in their embalming process. Ironically, the Italians called the cinnamon sticks canella, meaning "little tube," after their word for ‘cannon’.

Ancient Egyptians used cinnamon in their embalming process. Medieval physicians used cinnamon in medicines to treat coughing and sore throats. In Ancient Rome, cinnamon was used during funeral processions. In 65 AD, Roman Emperor Nero burned a year's supply of prized cinnamon at his second wife Poppaea Sabina's funeral in order to show the depth of his grief and remorse for having murdered her.

In the 17th century, the Dutch learned the source of cinnamon on the coast of India. They were said to have bribed and threatened the local king into destroying it to preserve keep their monopoly on this valuable spice.

By the 19 century that monopoly began to crumble. It was discovered that cinnamon could easily be grown in places like Java and Sumatra. Today can also be cultivated in South America, the West Indies, and other tropical climates.

Available in shops all over the world, it has found its way into a variety of fun holiday recipes. Here are two:

Posted by folkheart press at 12:40 PM No comments: 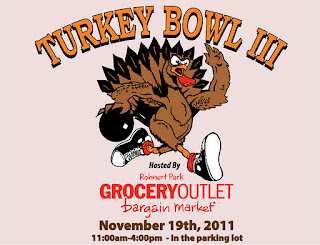 Bowling is one of the most popular sports in the world. In the 1930’s, British anthropologist Sir Flinders Petrie discovered objects in a child’s grave in Egypt that appeared to be have been an early form of bowling. If this is true, then bowling can date back as far as to 3200 B.C. It also shows up in 14th century England during the reign of Kind Edward III. Records show it didn’t become popular until King Henry VIII. The first permanent bowling alley of the modern world was in New York’s Battery area on a small patch of grass, which is still known today as the “Bowling Green”.

In the late 1800’s bowling grew in popularity in the United States although it was banned in a few states where it was associated with gambling. By the end of the 19th century the American Bowling Congress was formed. Two decades later, in 1917, the Woman’s Bowling Association was started. By the mid 20th century it made its television debut on NBC’s, “Championship Bowling”. Today over 95 million people enjoy the game in over 90 different countries.

Here in Rohnert Park, the game has taken on a twist. Turkey Bowl III is a bowling tournament like any other tournament EXCEPT that instead of using bowling balls, the players bowl with FROZEN TURKEYS! In the spirit of Thanksgiving, Rohnert Park’s Grocery Outlet & members of the local business community are hosting this fun event November 19th from 11am – 4 pm in the Rohnert Park Grocery Outlet parking lot.

Every penny of the $50 team entry fee will be used to purchase food that will be delivered to Neighbors Organized Against Hunger (NOAH) food bank in Rohnert Park which serves more than 200 families weekly. American Heritage Girls will also be on hand to collect non-perishable food donations.

The tournament takes place on customized outdoor bowling lanes and the public is invited to bowl, too, during tournament breaks. People who donate $5 to the Grocery Outlet store will be purchasing a full bag of groceries for NOAH, said Cheri Weir, the store’s owner. She added that as a thank you, those donors will also have a chance to win a FREE turkey (while supplies last) if they earn a Strike.Last years efforts resulted in more than 2000 non-perishable food items and over 150 turkeys for families in need of extra help. The goal, according to John McDonald of AM Printing & Graphics is for the business community to help others in need. “These are hard times for so many of us. It’s important that we help where we can.”