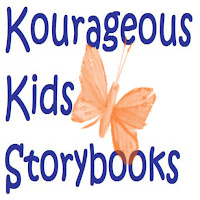 For the indie writing/art duo of Matthew and Danielle Drake, children with cancer and/or terminal illness are folk heroes and heroines. The team has found a great way to celebrate the heroic efforts of these children with their one-of-a-kind Kourageous Kids Storybooks. The picture (photograph) books take these brave kids on heroic journeys where they call up a deep reserve of inner strength, faith, wisdom, and sometimes whimsy to overcome challenges. Through this they save the world and they save themselves.

I invited the Kourageous Kids Storybooks’ founders to write this guest blog for two reasons: 1) I want you to know what they are doing to honor children whose timeline of hope is finite, and 2) I want to encourage you to support them in any way possible. Tell others about these free-to-the-family customized books and/or consider making a financial contribution to help offset the cost of preparing and producing even one single book.


We write books tailor-made for kids with terminal illnesses and cancer and we do so at no cost to their families. We also illustrate, print and ship the books. In each book the child is the main character who goes on a 'normal' adventure where he or she can be the hero/heroine.

Our picture books for children and their siblings depict them as the heroes and heroines they really are. Whether they are braving the pouring rain, or being part of a heroic Search and Rescue team, or learning sign language to befriend a lonely girl, our stories carry messages of strength, love, compassion and courage. To personalize the messages, the main characters’ names are those of the children who are living with and fighting their diseases. Included in the short stories are these brave youngsters’ favorite foods, their dreams and their aspirations.

46/7. 46 kids, 7 days a week, are told they have cancer. We don’t know a collective 46 children, and we have three of my own! It is a staggering, terrifying thought. One thing we do know is this: these kids need hope, courage, and smiles. They need to be reminded they can fight.

How We Got Started:

In the story he figures out they became zombies due to a lack of malic acid (apple juice has an abundance of malic acid).

His mother was impressed. We decided this would be a wonderful idea for all sick kids who need hope, courage, and a reminder that they are heroes!

Our goal is to bring hope, joy and laughter to children fighting cancer and other terminal illnesses.. We want to give the children an opportunity to live through the stories we create for them.

FolkHeart Press already has plans to donate a percentage of proceeds from Kourageous Kids Storybooks website sales of the soon-t0-be-released Black Pepper Visions: Original Folk Tales & Stories You Can Eat. Let us know how you decide to help and we'll share that with others! 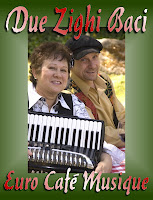 Mardi Gras: a celebration that consists of beads, booze and bands. Or so that is what we think about when we hear Mardi Gras is on its way. What most people do not know about this annual celebration is that it has a long history and tradition that can be traced back to the 1600's. French for Fat Tuesday, Mardi Gras is the last day before Lent (fasting season). Fat Tuesday has come to represent the last opportunity for people to over-indulge with food, drink and festivities before they have to give it all up for more somber activities.

This year it's celebrated on February 21.

From the traditional colors of purple, green,and gold symbolizing justice, faith and power to the music that created a whole new genre, Mardi Gras has been a long running tradition not just in New Orleans but around the world.

There are many different opinions about when and how Mardi Gras started which include French explorer Sieur d'Jbervilled introducing it when he landed onto what is now Louisiana. Others believe that it was not celebrated until 1703 when French soldiers brought it to Alabama. We do know however that in the 1820's, New Orleans culture was indefinitely shaped by Mardi Gras and its traditions.
New Orleans is considered to be the birthplace of the Jazz genre. Jazz music in its earliest form, known as Dixieland as well as New Orleans jazz, did not become popular until the mid and late 1910's. Due to New Orleans being the only place where slaves could own drums, they took advantage of being able to play, dance and celebrate without restraints and began the creation of New Orleans Jazz and parades such as the ones we see during Mardi Gras.

While Jazz was a huge influence in the New Orleans culture, when it comes to the Mardi Gras music, it was actually originated from Mardi Gras Indians. Their most important song, "Indian Red" was actually a prayer sung the morning of Mardi Gras by the Chief.

The Folklore of Romantic Foods 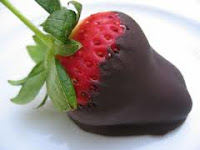 The Folklore of Romantic Foods
Guest blog by Caitlin Haley

Valentine’s Day revolves around romance. Although only celebrated on one day, the entire month of February is spent promoting love. With Valentine’s Day on the horizon commercials, department stores, and grocery stores are stocking up with their generic Valentine’s Day cards, chocolates, and roses. For some people, this special day is spent celebrating the awareness of being single, and for some it’s spent celebrating a relationship with their significant other. While chocolate is a favorite dessert for February 14th, there are various romantic foods that are popular to eat with your special someone, or even with friends.

Most romantic foods focus on being an aphrodisiac credited with stimulating sexual desire. The term originates from the Greek Goddess Aphrodite who represents sex and love. It is believed that certain foods can help sexual arousal, although it is also believed that the idea that food can stimulate sexual desires is a myth and is used as a placebo: that if someone believes a food will give around them sexually, that’s what will happen. Regardless, most aphrodisiac foods are fun and altogether romantic. Below is a list of popular aphrodisiac foods as well as famous folklore romantic meals that can help make your Valentine’s Day unique and enjoyable!

== Oysters are a fun and romantic meal because they are not only light in calories, but contain omega-3 fatty acids which increase happiness. They also increase sperm production, making it an arousing meals. Recipe: Grilled Oysters can be good for any time of the year! == In any meal that you’d choose to have, many popular folklore romantic foods contain honey, which not only sweet a meal but also contributes to the idea of a “honeymoon”. In Ancient Rome, the popular honey wine, Mead, was given to newlyweds after their wedding, which eventually leads to the phrase “honeymoon”.

Another folklore romantic add on for any meal are spices such as nutmeg or rosemary. A certain chemical in nutmeg was used on soldiers which caused them to get “good feelings” towards the enemy. Rosemary is known as a remembrance herb, another good addition to spice up any romantic food.

== An obvious romantic food is chocolate. Valentine’s Day consumers thrive on chocolate, and it is the perfect dessert for any romantic evening. Chocolate contains a type of sedative that can help relax and stimulate lust. Surprisingly enough, chocolate was banned from many monasteries in the 17th century! == Champagne is a great drink of choice for any romantic meal. It is even referred to as the “drink of love” and the bubbly sensational taste can help increase a good mood. If you’re daring for some more fun, Sangria is always a fun mix with Champagne. Want to go light on the calories? Try this great low-calorie tropical Sangria recipe to complete your romantic evening.
==
A great meal for two, or even for a big group on Valentine’s Day, is any kind of pasta. Everyone likes pasta, and its filling and can have great flavor. A romantic and fun idea is a Bowtie Tomato and Brie pasta. It’s not only low-calorie, but easy to make! Nobody likes messy meals when dining with a date, and this easy, delicious recipe is perfect for Valentine’s Day! Recipe: Tomato and Brie Bowtie Pasta.

Whether you’re dining in or out with friends or that special someone on Valentine’s Day, remember those foods that have a romantic tradition.