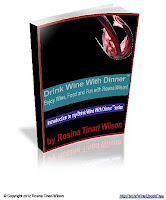 The story of wine spans thousands of years. Linked to the history of agriculture, cuisine and civilization, it’s earliest appearances include archaeological evidence of grapevine domestication  in Early Bronze Age sites of the Near East, Sumer and Egypt from around the third millennium BC.

The world’s oldest known winery was uncovered in a mountainous area of Armenia around 4100 B.C. It contained a wine press, fermentation vats, jars and cups. Archaeologists also found grape seeds and vines of the species Vitis vinifera.  Patrick McGovern, author of Ancient Wine: The Search for the Origins of Viniculture (Princeton: Princeton University Press, 2003) wrote, "The fact that winemaking was already so well developed in 4000 BC suggests that the technology probably goes back much earlier.”

Wine has long been a beverage of choice at community gatherings, especially when observing religious or cultural customs and traditions, like weddings and harvest celebrations.

Today there are as many– if not more - reasons to enjoy a glass of wine as there are reasons for people to gather together. Whether or not your vintner palette is experienced, Drink Wine With Dinner™ ~ An Introduction: Enjoy Wine, Food and Fun with Rosina Wilson has some great suggestions about how to make the most of your wine choices.

This 30-page e-book offers tips on how to buy, store and serve wine; how to pair it with your favorite meals; even how to create your own wine-friendly signature recipes.

Wilson is a wine and food writer, educator and consultant. She has written hundreds of articles for dozens of publications, and authored the cookbook Seafood Pasta and Noodles ~ The New Classics (Ten Speed Press).

Her credits also include serving as a certified wine judge and co-founder of Wine X Magazine. She also taught the “Wine and Food Pairing” course to future chefs, for ten years, at the California Culinary Academy.

For get your free copy of her book, visit her site.

Posted by folkheart press at 2:37 PM No comments: 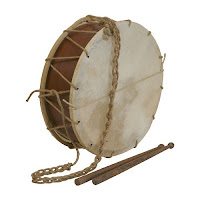 In the world of folklore, folk music is one of the ways a community of people has of expressing their values. It is through the music’s sound (instruments, rhythm), words (message) and use (when the music is played and for whom) that people identify themselves and pass on orally important information, like lessons, from one generation to the next.

In contemporary Western society, the ability of folk music to hold its own – to survive - while adapting to a range of influences proves that folk music is not just a thing of the past. Re-inventing folk music shows how creative musicians can be with timeless and universal folk themes (motifs) such as love, hope, despair, and faith.

For example, consider how Irish folk music has managed to stay alive in the music of U2, Enya, Snow Patrol, the Cranberries, and The Script.  Each one of these artists and artist groups combine basic Irish folk music with today’s rock/alternative music Many of the same keys or tunes of yesteryear are still very much alive.

According to the Topographia Hibernica (Topography of Ireland), the Irish were very skilled when it came to playing music. This 12th century account of the landscape and people of Ireland written by Gerald of Wales recounts that the two instruments mostly often used were the harp and the tabor (a small snare drum).

It wasn’t until the 19th century that Irish folk music really began to spread. Ballad printers (ballad collections) made it easier for musicians to record their work and then share it with the public.

Traditionally, Irish music was performed by one person singing, but this evolved as groups incorporated this type of music within their songs. Many of Irish folk songs known today are less than 200 years old as shown by the language.  Gaelic or Irish vocabulary was used but English words and phrases soon began to appear.  Quite a few of the earlier recorded songs were about emigration and starvation. Songs in which Irish artists lament or express sorrow are called Caoinead. Some of the most popular songs using this style of music are: Far Away in Australia, The Town I loved So Well and Four Green Fields.

Folk music grew slowly. In 1959 the Irish musicians The Clancy Brothers had great success in America which had the most popular music market in the world; their music had integrated a bit of rock n roll sound.  In the 1980’s bands such as U2 and Thin Lizzy spiked this music’s popularity incorporating some of the traditional aspects in their most popular songs.
Posted by folkheart press at 10:42 AM No comments:

Food lore is packed with traditions and customs that are (or were) designed to keep people alive and well. Food ways – cultivation, gathering, storing and serving - have purposes that often go beyond the present moment or meal. Created to explain the whys and hows of food as an important ingredient in any and all life passages, food-related traditions are designed to ensure bountiful harvests and protect against the uncontrollable forces of nature (weather, etc.) that could threaten our access to food.

Over time the food ways we find most vibrant in this country are those that have adapted to our melting pot nature. One great example of this is chili. Here is some food lore about this popular dish:
Chili has evolved from a quick-to-cook meal choice to a traditional dish that can take hours to prepare. It is now infused with Asian, African and Arabic flavors that suggest the dish has been adapted to suit a broad range of cultures. It is itself now the center of some foodway celebrations.

Chili cook-offs are showing up across the country. Amateur and professional competitions pit creative cook against creative cook, each with a personal approach to this one pot meal.

If you're in the neighborhood and want to show off your chili style, you can enter the competition OR you can check out what other people do with this rustic dish. In any case you and everyone else wins because this FREE ENTRY event is a benefit for Fence at The Top, an afterschool mentoring program for at risk youth. All booth rental fees go directly there.

Hope to see you there!

Posted by folkheart press at 10:32 AM No comments:

With tennis season at Wimbledon – the oldest tennis tournament in the world and considered by many to be the most prestigious - just about to wrap up (June 25-July 8) the folk heroes of the moment play tennis.

The following men and women stand out for a variety of reasons. In some cases its their personalities.In other cases its the death-defying) acts they have accomplished. All of them rise well above and beyond the grunts and the shrill court shoe wear squeaks:

Posted by folkheart press at 6:30 PM No comments: