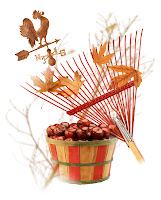 Weathervanes are folk art – art that is both functional and decorative. These guides that tell you which direction the wind blows, have been around since 48 B.C. The earliest weathervane found was in honor of the Greek god Triton.

Generally, it is a figure that turns freely on a vertical rod and always points into the wind. Coming from the Anglo-Saxon word “fane,” meaning flag or banner, the weather vane became part of ancient cultures where life-sized replicas were hoisted atop structures. Traced back to ancient Greece, weathervanes were useful for civilizations because they were able to depend on them as indicators of weather patterns.

American colonists copied the sculpture of European weathervanes and as time passed the design became just as important as the function of the instrument. Patriotic designs emerged which included the Goddess of Liberty and eventually the eagle.  New Englander’s designed fish, seagulls and ships, while farmers and settlers crafted shapes of animals, Indian heads and arrow points. In the late decades of the 19th century, Victorian buildings had fancy weather vanes and elaborate metal work embellishments, covering nearly every inch of their roofs.

After 1900, simpler styles began to emerge. The introduction of the silhouette weather vane depicted humorous scenes, often sporting scenes or figures.  Today, in areas of winds and quick directional changes, weather vanes are very popular.  It seems like everyone is always looking out to see the ferocity and direction of the wind.

Very windy areas are especially good places to research different forms and designs of weather vanes.  Once a symbol of a simpler life weathervanes have evolved into more elaborate pieces of art. Artisans have made their weathervanes into almost anything that can be blown in the wind. Something as simple as long splinters of wood shingles (one thicker than the other one) can be transformed into a crude weather vane. 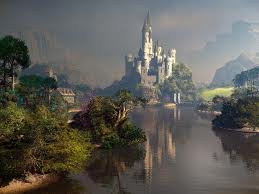 Fairytales are a form of folklore. This wisdom and knowledge of community  that varies from culture to culture and has always been a welcomed part of history.

Unlike legends which are exaggerations and folktales which focus upon 'real' people, places, animals, and things, fairytales are magical. This short story form usually features fantasy and enchantment with characters, such as goblins, witches, wizards, jewels, potions, crystals, caves, and talking animals with special powers.

Charming stories of prince and princess who find true love, make moral decisions, and face their fears and defeat mythical beasts  in one form or other are characters almost everyone can identify with.

They often take place “Once Upon a time” in a faraway land. The generic nature of setting and time help listeners and readers easily identify with the stories. They offer guidance about how to handle difficult situations and they take people to another world; one that is filled with hope and imagination.

A fairytale can be a story that is far- fetched and it can also be true but might not ever happen again.

Many cultures share similar fairytales but also have their own exciting and unique tall tales.

Here are a few examples:
Posted by folkheart press at 11:48 AM No comments:

Creatures from the sea have long captured folklore attention. From whales that swallowed people to water snakes that could consume an entire lake, they have become an important folklore element for people who live near significant water sources.

Salmon, fresh and salt water, have held a special place among many cultures. From the Druids to Scandinavians to Hawaiians, it has long been a valued creatured. Not just because of its nutritional value, but also because of its ability to impart wisdom and venerability.

Here are a few examples:
Posted by folkheart press at 4:06 PM No comments:

After the bombing of Pearl Harbor (Hawaii) by Japanese in December 1941 during World War II, Japanese Americans were forced to leave their American homes and reside in internment camps in New Mexico and other places in the country for the duration of World War II.  Not given enough time to gather necessary essentials many Japanese Americans were only able to take with them the clothes on their backs. According to reports, life in the camps was difficult with inadequate living and rationed food. Those who were interred turned to art making as a source of comfort and emotional survival. This style of folk art is known as gaman - a Japanese word meaning “bear the seeming unbearable with dignity and patience”. Folk art pieces from this time -  from teapots and furniture to musical instruments and ornamental displays - can be seen in several exhibitions, including “The Art of Gaman: Arts and Crafts from the Japanese American Internment Camps,1942-1946”, a traveling exhibition that closes at the International Museum of Folk Art in Santa Fe, New Mexico, now through October 7, 2012.

According to the Museum of International Folk Art:
“The Art of Gaman showcases arts made by Japanese Americans in U.S. Internment camps during World War II. After the bombing of Pearl Harbor in December 1941, all ethnic Japanese on the West Coast—more than two-thirds of whom were American citizens by birth—were ordered to leave their homes and move to internment camps for the duration of the war; including a camp in Santa Fe, New Mexico. Art making became essential for simple creature comforts and emotional survival. These objects—tools, teapots, furniture, toys and games, musical instruments, pendants and pins, purses and ornamental displays—are physical manifestations of the art of gaman, a Japanese word that means to bear the seemingly unbearable with dignity and patience. The traveling exhibition is organized by San Francisco-based author and guest curator Delphine Hirasuna, and is based on her 2005 book The Art of Gaman, published by Ten Speed Press. The exhibition closes in Santa Fe October 7, 2012.

Posted by folkheart press at 9:08 AM No comments: