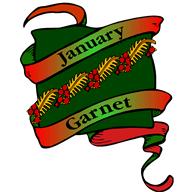 January is a month filled with folklore. Here are a few samples of the folk wisdom based upon communal beliefs and traditions and facts that has been generated and shared from one generation to the next:

Mythology:The name January comes from the Latin word Januarius, and is considered the month of Roman god Janus. This mythical hero and first king of Latium (where the city of Rome was founded) was gracious to Saturn, the Roman god of agriculture who had been expelled from Heaven. Folklore has it that in thanks, Saturn taught the people of Latium how to cultivate land and gave Janus the ability to see both the past and the future. This is why he is always portrayed as a man with two faces – one that looks into the past and one that looks into the future.


Weather Lore:
== A wet January, a wet spring.
== If grass does grow in January, it will barely grow for the rest of the year.
== On average, January has 31 of the coldest days and nights in the Northern Hemisphere.

January 6th Religious Customs:
== Epiphany: This Christian feast day is designed to honor the revelation of God as he appears human through the embodiment of Jesus Christ. Western Christians celebrate the day that the Biblical Magi visited the baby Jesus while Eastern Christians celebrate the baptism of the baby Jesus in the Jordan River. Epiphany is celebrated in numerous countries, including Ireland, Greece, Malta, Portugal, Spain, the Philippines, Puerto Rico and others.
== Coptic Christmas Day celebrated by the Coptic Church, a very small branch of the Catholic Church that follows an older calendar. Until the Pope of Rome changed the date in 1581, Christmas was observed on January 4th.  The date shifted slightly for several years following until finally, in the late 1800’s, the Western Christians settled on December 25th.

Posted by folkheart press at 9:48 AM No comments:

Auld Lang Syne
This Scottish poem written by Robert Burns in 1788 was a traditional folk song. In English the literal meaning is “old long since” or mostly known as, “long long ago” and also equivalent to, “Once upon a time…”  Robert Burns restored the piece and re-wrote the lyrics of the New Year’s song that was made before his time.

Canadian band leader Guy Lombardo is credited for making this folk song popular at New Year’s celebrations in the United States. He first recorded the song in 1939 and it soon became his trademark. It is now a celebratory song that is sung after a countdown when the clock strikes midnight of the New Year.

Chorus:
We two have run about the slopes,
and picked the daisies fine;
But we’ve wandered many a weary foot,
since auld lang syne.

Chorus:
We two have paddled in the stream,
from morning sun till dine;
But seas between us broad have roared
since auld lang syne.

Chorus:
And there’s a hand my trusty friend!
And give us a hand o’ thine!
And we’ll take a right good-will draught,
for auld lang syne.

The world of food lore is filled with beliefs and traditions concerning what to eat when and how. During the Christmas season, one of the most common Hispanic dishes is tamales.  Made from masa (Spanish dough made from corn) they come in different flavors and can be made different ways.

The earliest recorded mention of the tamale was 5000 BC in the Pre-Columbian history. Women were taken into battle as army cooks to make the masa for the tortillas but the demand for preparing the meal became too overwhelming of a process. A more portable food item was needed. Hence, the tamale. It could be made in advance and put directly on top of the coals to be warmed.

Even though there no one knows for sure which Pre-Columbian culture initially created this now popular food item, it quickly found its way into many cultures. People adapted the tamale ingredients to fit their geographics. That’s why some are made with red, green and/or black chili while others were made with fish or rabbit. There were also pineapple, cinnamon and berry tamales. Outer wrappings also reflected the terrain and so included cornhusks, banana leaves, avocado leaves and more.

Still a food item that takes time to make, tamales are a much-sought after holiday food. Made in advance they can be cooked dozens at a time and the sauces poured over them are as creative as the cooks want them to be. Meat sauces and sweet sauces alike reflect cultural diversity.

According to Lonely Planet, “no one  is entirely certain how tamales came to be associated with Christmas, but the general explanation is this: no one wants to go through the effort of making them more than once, so you might as well do it for the biggest  meal of the year. Tamales also fulfill an important Christmas food function: they make your house smell incredible.”

Personally I think it's because, like any other holiday gift, they are supposed to be unwrapped (opened) so that the delicious contents can be enjoyed. 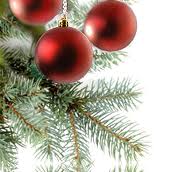 Folklore celebrates the beliefs and customs of folk. These traditions – how special occasions like birth are recognized, how food is prepared and served, how dance steps are selected, how tools and other useful implements are decorated and how important information is passed on through stories and games– reflect the common wisdom that has helped people understand the mysteries of the world they live in.

During winter one of the most common celebrations is Christmas and one of the more popular folk symbols is the Christmas tree. This festive occasion is similar to winter darkness festivities around the world. All of them ‘light the darkness’ with hope in the coming of spring; a time of birth and re-birth.

The decorated Christmas tree can be traced back to the ancient Romans who during their winter festival decorated trees with small pieces of metal during Saturnalia, a winter festival in honor of Saturnus, the god of agriculture.


Once designed for community-wide gatherings, these specially forested trees were village centerpieces. Over time the winter celebrations became less communal and more personal with people taking the holiday indoors, literally.

Christmas trees were sold at local markets and set up in homes undecorated in Germany in the 16th century.  Devout Christians brought decorated trees into their homes or they built Christmas pyramids of wood and decorated them with evergreens and candles.  It is believed that Martin Luther, the protestant reformer, was the first to add lighted candles on the trees.


In the 19th century the Christmas tree began to appear in the United States. It was first introduced during the War of Independence by Hessian troops. Folklore reports that a Christmas tree was set up by American soldiers at Fort Dearborn, Illinois, the site of Chicago, in 1804. Most other early accounts were among the German settlers in eastern Pennsylvania.

Franklin Pierce was the first president to introduce the Christmas tree to the White House in 1856 for a group of Washington Sunday School children. The first national Christmas Tree was lighted in the year 1923 on the White House lawn by President Calvin Coolidge.

In America today, Christmas trees are grown in all fifty states, including Hawaii and Alaska. The top six Christmas tree producing states are Oregon, North Carolina, Pennsylvania, Michigan, Washington & Wisconsin. The Christmas tree farm industry employs about 100,000 each year until recently, all trees came from forests.