This week in history two national parks came into being. Although established during different years, they formed the backbone of what would become one of America’s greatest natural resources.

1919: The Grand Canyon was first created by the Colorado River. A mile deep and 15 miles across at its widest point and measured then at 800,000 acres, it was first a National Monument. Made of natural multi-colored stonewalls, it inhabits more than 1,500 species of plants and 500 species of animals. Its name was first coined in the 1870s by American explorer and geologist, John Wesley Powell. Prior to being a recreational spot, the land was preserved to save the beauty and nature of the land.
1929: The Grand Tetons is located in Wyoming. There is a lot of human history that dates back tens of thousands of years in this region. Some of the first hunter-gatherers and settlers of Indian tribes would travel to this area for food and supplies. Then in the 19th century settlers would come through this land for trade routes and permanent living. The people wanted to have farms and ranches. Finally in 1929, after much political debate, Grand Teton was declared a National Park. This park stretches about 309,993 acres.
Fun Facts:
Sources:

Posted by folkheart press at 3:31 PM No comments: 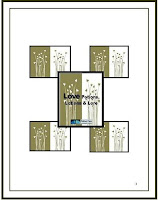 
What: 18+ authors and artists from around the world (Denmark, Switzerland,USA) share their thoughts, hopes, and artwork about love in this fast paced e-book. Cost: $0.99.


All proceed from sales go to the National Center for Family Literacy in Louisville, Kentucky. The center provides free resources for parents and early child educators to support literacy in the home and in the classroom.
Where: LOVE Potions, Lotions & Lore (ISBN: 987-0-9822888-8-7) available at FolkHeart Press and Amazon Kindle (http://ow.ly/hek6J).


Why: This collection, published in February, is a collection of art images, essays, fiction, poetry, and folklore about the many forms of love.


Established in 2007 by Karen Pierce Gonzalez, the press has released eight books, including Amazing You Amazing Health, Three Months: A Caregiving Journey from Heartbreak to Healing, Black Pepper Visions: Original Folktales & Stories You Can Eat,  and Spanish Cuisine One Region at a Time: Catalonia.

Posted by folkheart press at 6:06 PM No comments:

Courage of the Soul Book Review

Personal stories reflect the various and unique ways we have of individualizing universal themes (motifs). Those that show us how others have travelled along the path of the hero's or heroine's journey are particularly meaningful because can be guide posts for the rest of us.  Courage of the Soul is such an anthology, capturing the wisdom and skills that we must both learn and apply in order to live through and beyond the obstacles we face.
Karen Pierce Gonzalez


One definition of courage is, “Strength in the face of pain or grief,” and in this book, Courage of the Soul, the reader is given many personal examples of human courage as a stronger force than fear, grief or pain.

This book is divided into 7 sections. The first is dedicated to Hope and Inspiration, and these stories hold instances of hardships in family life as well as outreach in different areas of the world. The story, “Keeping the Faith,” written by Catalina Sepulveda Diaz, not only shares the experience of how the effects of drugs and alcohol abuse can affect a family, but also she provides personal advice on how to handle being a parent dealing with a child who has addictions in early stages of life. In the second section about courage and bravery, the short story titled, “Turning a Blind Eye,” written by Marion Witte, is endearing and heart felt. This story expresses the way that an individual can go through life without feeling limited due to physical impairment, Witte says, “…he used his heart and soul to see the world in a way that most sighted people can only dream about”. The section based on the idea of goals and ambition is introduced with a quote by Walt Disney, “If you can dream it, you can do it.” This quote is the essence of the stories that follow.

Other quotes from inspirational people are placed in between sections, and a quote that struck as a heart beat in this book was, “If you change the way you look at things, the things you look at change.”- Dr. Wayne Dyer.

I would highly recommend this book to any one who has gone through something that has caused them fear or pain in their lifetime, which may very well include the whole population. This book reveals that one can work through tough times and be able to come through it all.

The inspirational stories almost brought me to tears several times. Each moment in our existence is precious and this book shares stories about individuals who have realized this notion and put courage into practice.

This 70+ page book ($15.95 Wise Owl Publishing), available on Amazon/Barnes & Noble is part of the Wise Women Collection, a series of books focused on sharing wisdom through stories and experiences. Editors  Marion Elizabeth Witte and Melissa J. Murphy also contribute to the book. Witte is Editor in Chief of the Wise Women Community.org, and Next Generation Parenting.org, and Brave New Leaders.org. Her books include Little Madhouse on the Prairie, The No-Regrets Bucket List, and Simple Treasures. Murphy is a freelance writer and editor specializing in psychology, health, and parenting. She is the Senior Contributing Writer for NextGenerationParenting.org. Her books include The Enlightened Parent.
Danielle Flores is a communications major at Sonoma State University (California) and is currently at work on her first e-book.
Posted by folkheart press at 1:25 PM No comments: 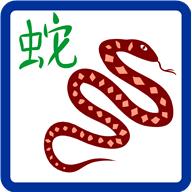 The Chinese New Year marks the start of the new year according to the Chinese lunar calendar and it occurs in the months of January or February. Each year is represented by one of 12 creatures of the Chinese Zodiac. This year it is the Snake.
The snake is both a mythological and folkloric creature. Here are some of the widely-held beliefs held about this reptile:
Chinese New Year decorations for this 15-day celebration include lanterns, cherry blossoms, orange-trees and lots of red color. For many, the most significant aspect is when family members gather for a meal together in the parents or eldest brother’s home. In places like the United States many immigrants without family, become involved with neighborhood cultural associations.  The reunion dinner is usually an elaborate assortment of courses including dishes of chicken, pork and fish. Each dish is symbolic and ushers in health, happiness and harmony.
Gift giving is also an important component. The most common gift amongst family, colleagues and business contacts is a box of oranges. Ang-poh (little red packets) with money tucked inside  are given to children.
On the fifteen day the Lantern Festival takes place. Some of the lanterns may be works of art, painted with birds, animals, flowers, zodiac signs, and scenes from legend and history. People hang glowing lanterns in temples, and carry lanterns to an evening parade under the light of the full moon.
One highlight of the lantern festival is the dragon dance. The dragon is usually made of silk, paper and bamboo and held by young men who dance in a parade. Parades today also include marching bands and floats.

Folk music consists of some of the very first music ever to be played.  The term ‘folk music’ is derived from the German term Volk, meaning “the people as a whole.”  Folk music includes the traditional music that was first played as well as the music genre that came to life in the 20th century.  There is no set time period to when this musical genre first began since traditional folk music is reported to have come from the uneducated, lower class which did not have classical training.

The music has been passed down through word of mouth and has most of the composers are now unknown as records were not kept (lyrics were not copyrighted, either).


Folk music reflects the customs and cultures of past generations and folk festivals which feature this kind of music keep those traditions alive today.  In recent decades there has been a sharp increase in the number of folk festivals that are offered each year around the world.


Here are a few of them:


+ San Francisco Bluegrass and Old-TimeFestival: This 14th annual festival is a 10-day festival offering 25 different shows (concerts, dances, children shows and workshops)  and 30+ different performers in 18 clubs and live music venues around the Bay Area. The festival honors old-time bluegrass music of the past as well as the rising stars.Date: February 7 – 17

+ Virginia Key Grassroots Festival of Music and Dance: Beginning in 1990 as way to  support the fight against AIDS, the Grassroots Festival has grown into an annual four-day music event. The festival offers a wide variety of musical genres that touch upon various elements of folk culture. Along with music, there are healing arts workshops,  yoga, crafts, dance, and a buffet of food choices. It all takes place in Miami, FL at the Virginia Key Beach Park. Date: February 21– 24


+ Cobargo Folk Festival: Even the land down under  (Australia)  celebrates the folk music culture. Known as “the best little folk festival in the country” this small town festival offers poetry and comedy shows featuring 200+ performers through out the weekend. It is located in the village of Cobargo on the far south coast of New South Wales in Australia. Date: February 22- 24
Posted by folkheart press at 12:52 PM No comments: 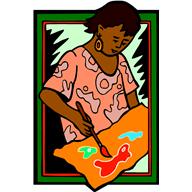 Folk artists come in all shapes and sizes and their task has always been to decorate utilitarian items or create works of art that reflect a folksy, homespun quality.

Generally, men were responsible for folk art placed upon outdoor items, such as weathervanes, tool boxes, etc. Traditionally, women were associated with folk arts that were related to the home life. These included quilting, sewing, etc. Today’s artscape has expanded the role of women folk artists.

The American Folk Art Museum’s current exhibit, (title) “Women’s Studies” is a tribute to women who have fought to have a presence in the art world among male artists.

Who is she? Stacy C. Hollander  chief curator and director of exhibitions writes, “The late twentieth century has seen great strides for women working within visual mediums …in film and art.”

This show represents the work of four artists who have come together to celebrate women’s perspective. The two female artists, Nellie Mae Rowe and Inez Nathaniel Walker, focus on women having different shapes and personas. Most frequently men portray women in mainstream art, and these women chose to redefine the portraits of women through a female point of view.

About the women folk artists:

Nellie Mae Rowe is a Georgia native, 1900-1982. Her colorful work reflects Nellie as a spiritual and cultural woman recognized during her lifetime as an African American female artist.

Inez Nathaniel Walker lived in poverty and her artwork reflects her time in prison where she created portraits of other inmates. Her life spanned 1911 to 1990 and overtime she became a well-known folk artist.

The folk artists, being self-taught, have interesting techniques. There is very little of the ‘fine art’ tone and the primitive quality of the works can be reminiscent of Picasso. The original and unique works on display are not cookie-cutter style. The application of several mediums in each piece creates texture that adds depth.

Posted by folkheart press at 5:20 PM No comments: