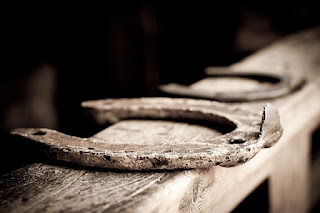 Superstitions are culturally held beliefs (truisms) about how and why something could or could not happen. They are not necessarily proven fact but they do take hold and become words of wisdom or caution that many believe could shape the circumstances in their lives.
Here are some examples:

Superstitions to keep you Lucky


Superstitions to warn you of Bad Luck

Cosmonaut folk heroine Valentina Tereshkova was the first woman in space. She flew the spacecraft Soviet Vostok 6 on June 16, 1963. During her 3 days stay in the space she orbited the earth 48 times. Following that she spent a great deal of time and effort on promoting Soviet science and eventually earned her place as one of the Soviet's folk heroines.

Born in 1937 in Maslennikova village, north east of Moscow she left school at 16 and worked in a mill where her mother worked. She soon joined the Communist Party and the Yaroslavl Air Sports Club. Her interest in parachuting helped to get selected for the program. She was among five women who underwent training for 18 months and was one of two selected to go into space.

Two days after cosmonaut Valeriy Bykovsky flew Vostok 5 Tereshkova launched Soviet Vostok 6. The spacecrafts moved in different orbits and kept in constant communication with one another.

Technical errors almost led to Tereshkova’s flight being a tragedy. The space ship was taken away from the earth as a result of a technical error in its navigation software. She noticed the error and worked with Soviet scientists to develop a new landing algorithm for the ship that resulted in a safe landing near Kazakhstan.

She was considered to be a Hero of the Soviet Union and was also awarded the Order of Lenin as well as the Gold Star Medal. Later she served as the spokesperson of Soviet Union. She also served as a test pilot and instructor.

Related Articles
Where Would We Be Without The Telescope?


Voskhod Program
Posted by folkheart press at 11:00 AM No comments: 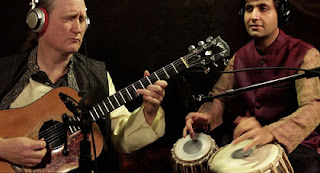 
The term was coined in the early 1960’s and finally took hold in the music industry in the 1980s. Versions of it include worldbeat and ethnic fusion. What’s most interesting is that the styles come together through their commonality, their roots, so to speak.


It’s always fun and interesting to hear the results.


Locally, here in Sonoma County we’ve got an opportunity to check out to world music concerts through the Sonoma County Public Library. The concerts, performed by Ancient-Future are designed to introduce the audience to musical concepts from world music such as Indian raga and tala.
These hour long performances feature world class musicians Matthew Montfort and Vishal Nagar.

Related:
Folk Music
'Yearning for the Wind' by Ancient Future

Photo of Matthew Montfort and Vishal Nagar by Michael Braden
Posted by folkheart press at 11:00 AM No comments: