What is a witch? 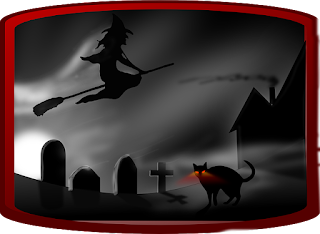 According to the Free Dictionary the noun witch refers to:


1. A person, especially a woman, claiming or popularly believed to possess magical powers and practice sorcery.


2. A believer or follower of Wicca; a Wiccan.


3. a. Offensive An old woman considered to be ugly or frightening.


b. A woman considered to be spiteful or overbearing.


c. Informal A woman or girl considered to be charming or fascinating.


4. One particularly skilled or competent at one's craft: "A witch of a writer, [she] is capable of developing an intensity that verges on ferocity" (Peter S. Prescott).


All of the above can apply to those women who were accused of beings witches during the 17th’ century’s Salem Witch Trials in New England. It also applies to the men who suffered at the hands of those determined to rid their communities of these evil people.


Overall, the trials which resulted in the murder of 20 people and the death of many more in captivity began after two girls with inexplicable, incurable fits started blaming others as being witches responsible for their condition.


Once accused, the people suspected of being witched were given little, if any respect. After failing witch tests they were either hung to show humiliation or crushed with stones. They were also buried in shallow unmarked graves like those found in the Burying Point Cemetery in Salem in the Essex County of Massachusetts.


Some of the victims of these religiously-induced Salem witch trials included:


Bridget Bishop - An outspoken woman known for running a guest house and for being vocal about her family affairs. She was accused of being a witch because she didn't uphold the religious ways required of her.


George Burroughs - He was the only puritan minister who was executed in the trials. He'd served the ministry in Salem and had gotten involved in the social conflict which could explain why he was targeted.


Martha and Giles Corey - The couple was accused of committing witchcraft. The wife, though a staunch Christian, had been suspected and associated with witchcraft because she'd condemned the killings of the people. She was accused before her husband and after conviction, was hanged. Her husband, Giles, was accused because of association with his wife. He denied the charges and the court pressed him. The pressing was to lay stones on him until he pleaded guilty to the charge. After three days of pressing without a plea, Giles Corey died.


Sarah Good - Convicted of witchcraft, she was sentenced to hand and the actual location of her body is unknown. This is because accused witches were not accorded a church burial and their bodies were sometimes thrown in a ditch with nobody to claim them.


To learn more you can check out these resources:


The PhysickBook of Deliverance Dane


Posted by folkheart press at 5:00 PM No comments:

Noah Webster, Jr., was a textbook pioneer and English language spelling reformer. This prolific author was born in October of 1758 (died in 1843)  in West Hartford, Connecticut. In 1774 he entered Yale University and studied law. He graduated four years later and joined the bar at Hartford in the year 1781.


But his claim to fame was not as an attorney.


Its popularity soared in America and for many years was a primary source of income. By 1861, more than a million copies had been sold. His “An American Dictionary of the English Language” contained 12000 words and 40000 definitions.


He has been credited with stabilizing the spelling of English words. Those entered into his dictionary more phonetic. His efforts helped to standardize the spelling of words.


Webster also translated the Bible in 1833.  His modern English “Webster’s Version” is very popular in the online as well as electronic formats.


Not only did he serve as editor of The Federalist Party newspaper in 1973 he also founded New York’s first daily newspaper, American Minerva. Throughout his life, his career continued to weave in and out of print publications and law. He started American Magazine in 1788 and then later returned to practice law. Other publishing credits included a semi-weekly paper Herald.


Also, in 1791 he helped to found by the Connecticut Society for the Abolition of Slavery and by  1798 he was a member of the Connecticut House of Representatives as well as being a county judge.


Federalist Party
Father of the Encyclopedia
Posted by folkheart press at 11:00 AM No comments: 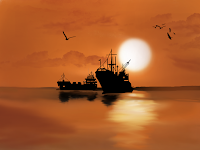 This is the month for all things ghostly ; especially those that involve the seven seas!


We came across a fascinating list of ghost ship tales and thought you’d enjoy learning about them.


Here are highlights of each tale:
El Caleuche: sailed the waters off the coast of Chile.  The bewitched crew of this vessel are believed to protect the coast and punishes those who harm the sea creatures there.
HMS Erebus and HMS Terror: 134 officers and men sailed in 1845 towards the Northwest Passage. Not one member of the expedition ever set foot again on home soil.


Mary Celeste: In 1872, a boarding party on the British brigantine ship found the Mary Celeste ship adrift at sea in the Atlantic Ocean. Had they abandoned ship?


Flying Dutchman: The most famous ghost ship of all, it is said to haunt the waters near the Cape of Good Hope in South Africa.


If you want to read more about them, click here.


Posted by folkheart press at 10:30 AM No comments: