What's In A Name?


Names are definitely related to folklore and mythology. They are intended to evoke spirits, protect people and align person with specific cultural and/or spiritual traits.
Here's an example of some mythological names:

For eons, storytellers have delighted in telling stories about tricksters who cleverly alter their identity to achieve certain goals. These characters often possess a great degree of intellect or secret knowledge that is used to play tricks on others. The tricks can include disobeying rules and conventions that are supposed to keep social customs and beliefs intact. When that happens, confusion ensues.

The confusion, as it turns out, is what’s needed to shake things up; to help society take a second – or third - look at itself. When done with humor, it can produce valuable insights that can loosen up assumptions about such rigidly held definitions as what is true love and who gets to have it?


According to Viola, the trickster of Shakespeare’s play, Twelfth Night, true love came after she disguised herself as a man. It was safer for her to do so following a shipwreck on Illyria where she was separated from her twin Sebastian.

She initially changed her identity to protect herself. Ironically that very change is what allowed her to be in close proximity to someone she fell deeply in love with.  That set off a chain of gender bending events which created mayhem for those questing for true love.

In the end, the characters show the audience the nature of true love; that it is not bound by gender but, simply, by the capacity to give and receive it.

Such a truth remains timeless and that may be why Twelfth Night continues to delight audiences.

Written about 500 years ago, it will come to life on stage in Marin Shakespeare Company’s upcoming production performed July 22 through August 21 at Forest Meadows Amphitheatre at Dominican University of California in San Rafael.

When asked about the historical relationship between true love and gender roles on stage, Marin Shakespeare Company Director Lesley Schisgall Currier commented that plays such as Twelfth Night, confirm that same-sex relationships are not “a particularly contemporary idea.”

“I believe Shakespeare, with his tremendous ability to empathize with so many different kinds of people, could easily understand same-sex attraction.” In fact, she added, “Shakespearean theatre definitely celebrated, and in the comedies, laughed at the idea of homoeroticism. The actor playing Viola was a man dressed as a girl pretending to be a man in love with a man and pursued by a man pretending to be a girl.  The gender confusion adds to the confusion all the character feel about being in love — how much we enjoy the pain, how quickly we feel the passion, how silly we become.”


The search for true love can do that. It can make people fools and full-hearted, and that’s the point. A trickster like Viola – at the center of this play - triggers an avalanche of mistaken identity that opens the floodgates society holds about love and romance. Even the most upright of characters, freed from the confines of tradition, swoons with the imaginings of true love’s possibilities.


It is interesting to note that when casting for Viola’s role, played by Elena Wright (Member, Actors Equity Association), the director wasn’t looking for someone who could play a ‘boyish’ role. Instead, she said, the role required someone who could help the audience suspend its beliefs about gender. That meant, the character had to be “a really great actress, who can be vulnerable, funny, highly intelligent, and who can bring Shakespeare’s language to life.”

Want to know more? The play opens next week!

Twelfth Night runs July 22 to Aug. 21, 2016.  Admission at the door is $35 general; $32 senior; and $10 youth (25 and under). Preview performances $12 per person. "Pay Your Age" is offered to audience members between the ages of 26 and 34 when purchasing tickets at the Box Office on the day of any performance, with valid identification. Marin Shakespeare Company also offers those 65+ half-price tickets at Senior Matinees and those 18 and under are free at Family Matinee performances. Details.

Posted by folkheart press at 4:00 PM No comments:

A Bit of Scandinavian Summer Here 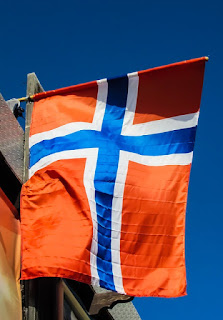 Here are some events that we think will be of great interest:

Sons of Norway’s 2016 International Folk Art Exhibition & Competition.  It is, according to some, Sons of Norway’s largest folk art event and takes place in Tacoma, Washington August 24th through August 27th. The folk art show is part of the Sons of Norway’s International Convention which is sponsored by the Sons of Norway, a fraternal life insurance company that provides opportunities for people to experience Norwegian culture. Pre-registration materials need to be submitted by August 5, 2016. Actual folk art pieces must be hand delivered by the folk artist (family, friend, etc.) or by a lodge delegate. Details.

Tour a Norwegian Tall Ship. The world’s largest Viking longship “Draken Harald Hårfagre” The sails from her homeport in Haugesund, Norway to various destinations, including the Navy Pier in Chicago, Illinois. A full day tour has been scheduled on July 29 by Canterbury Books and Tours in association with the Sons of Norway Valhall Lodge 5-168.  To learn more, click here.

Folk Dancing Performances. Featured Norwegian artists Gudbrandsdalsdansere, and dancers from Gudbrandsdal will perform elegant regional springleik dances on August 17 in Seattle, Washington. Details.
The Nordic Music Festival will be held on September 10. This 8th annual event will feature Nordic bands, dancers, singers, instrumentalists, and storytellers. Rain or shine it will also offer Nordic artisans arts and crafts as well as Scandinavian foods. The event’s finale will be the annual lutefisk toss competition which pits a team of Swedish lutefisk tossers against a group of Norwegian fish flingers.  To learn more about this free Minnesota event, click here.

Posted by folkheart press at 3:00 PM No comments:

National Endowment for the Arts 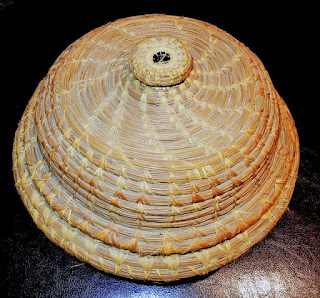 This year’s award winners are masters of art forms ranging from Native-American basketmaking, to Laotian khaen playing, to Mardi Gras Indian traditions. These recipients of  the 2016 NEA National Heritage Fellowships are receiving  the nation’s highest honor in the folk and traditional arts.
Not only are these individuals highly accomplished artists, they are also dedicated to sharing these art forms with new audiences and teaching a new generation of artists. Each will be awarded $25,000 and the recipients will be honored at an awards ceremony and a concert in Washington, DC, this September.

The NEA National Heritage Fellowships highlight these artists who have worked to ensure that these artistic traditions will continue for generations to come.”

Profiles of the artists are available on the NEA’s website, along with photos and audio and video samples of their work.

About the National Endowment for the Arts


Established by Congress in 1965, the NEA is the independent federal agency whose funding and support gives Americans the opportunity to participate in the arts, exercise their imaginations, and develop their creative capacities. Through partnerships with state arts agencies, local leaders, other federal agencies, and the philanthropic sector, the NEA supports arts learning, affirms and celebrates America’s rich and diverse cultural heritage, and extends its work to promote equal access to the arts in every community across America.