Creatures made of straw, dressed as goblins or other dark spirit forces have long been part of America’s agricultural lore. They were designed to scare away intruders like crop-eating birds and animals, as well as thieves who would steal garden produce. In some cases it was believed that as advocates scarecrows encouraged abundance.

Throughout history there have been crop protectors who could invite in the divine blessings of the food gods like Priapus the Greek god of farmers. In all cases, whether welcoming or frightening, scarecrows had an important job to do; they took care of the crops when the farmer was away.

Historically, the scarecrow as we know it here in America has strong bonds of kinship with other scarecrow spirits around the world. For example, the elaborate Slavic “spirits of the field.” The Polish starch (spirit), for example, was reputed to use riddles and difficult questions on suspected thieves, with threats of disease for the trespasser who answered incorrectly.

To help you have some scarecrow fun, we’ve compiled a list of upcoming scarecrow festivals:

Make Your Own Front Yard Scarecrow

Posted by folkheart press at 4:17 PM No comments: 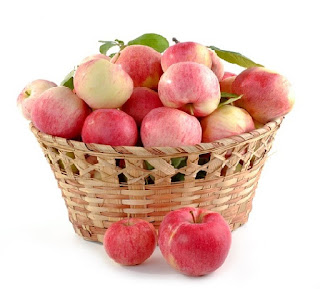 Give me juicy autumnal fruit ripe and red from the orchard

What would September’s harvest be without apples? Just look at the folklore and folk sayings that surrounds this amazing piece of fruit.

And here’s some information about Johnny Appleseed the American folk hero credited with planting apple trees wherever he went:


Did You Know This About Apples?

The apple tree is a member of the rose family. Wild apple trees, called crab apples, also grow in the U.S.


Cultivated and prized in ancient Rome, the apple was brought to England by the conquering legions. The immigrant apple came to America with the early English settlers. It is now widely cultivated in all temperate region.


Down Under Autumn Foods
Posted by folkheart press at 3:00 PM No comments:

Having A Laugh on Sherlock

Sherlock Holmes is one of the Western World’s best-known detectives. This fictional Victorian era sleuth was created by Scottish writer Arthur Conan Doyle. So was his right hand man, Dr. Watson.


It is worth noting that Doyle introduced the character of Detective Sherlock Holmes to the world in 1890 in the novel, “A Study in Scarlet”. He went on to write 60 stories about Sherlock Holmes.


The legendary folk heroes - beloved because of their creativity and persistence - have saved countless people, protected the innocent, and have kept the scales of justice balanced.
And the world has loved them for it. That’s why their stories appear in some many folkloric ways: stories, books, plays and film.


One of the more modern takes on the sleuthful duo’s famous “Hounds of Baskerville” is a lighter-hearted play called “Baskerville, A Sherlock Holmes Mystery’  in which twists turn, deeds, deceits and confusion  reign supreme in the staged moors of Devonshire.


Until the end, of course.

From award-winning mastermind of mayhem, Ken Ludwig ("Lend Me a Tenor"), comes this fast-paced mystery-comedy about detective Sherlock Holmes solving his most notorious case.


It's elementary. To find an ingenious killer, Sherlock Holmes and Dr. Watson brave the desolate moors and unravel a web of clues and deceit to crack the mystery of “The Hound of the Baskervilles.” Five actors portray more than 40 characters with accents, disguises and quick changes that defy explanation.

Posted by folkheart press at 2:30 PM No comments: