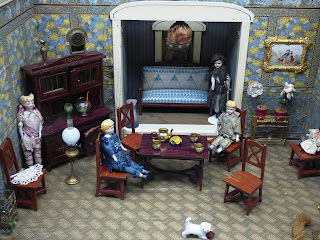 When does unexplained death become a museum topic?

Apparently when displays and exhibits about the subject are so artistically produced that they actually re-create in miniature mock scenes that could offer forensic clues about what happened.

Murder Is Her Hobby: Frances Glessner Lee and The Nutshell Studies of Unexplained Death is designed to explore the surprising intersection between craft and forensic science, according to Smithsonian spokespeople. Currently on exhibit through January 28 in the Renwick Gallery of the Smithsonian Museum in New York, it also reveals the journey of a female investigator who made her way through the male-dominated field of police investigation in order to establish herself as one of the field’s leading experts.

“Lee (1878-1962) crafted her extraordinary “Nutshell Studies of Unexplained Death”—exquisitely detailed miniature crime scenes—to train homicide investigators to “convict the guilty, clear the innocent, and find the truth in a nutshell.” These dollhouse-sized dioramas of true crimes, created in the first half of the 20th century and still used in forensic training today, helped to revolutionize the emerging field of homicide investigation,” wrote the museum staff.

The first female police captain in the country, she has been recognized as the “mother of forensic science” and helped to set up the first-of-its kind Department of Legal Medicine at Harvard University when the field of forensics was in its infancy.  A gifted artist as well as a criminologist, she used the craft of miniature-making that she had learned as a young girl to create the Nutshells that were the “virtual reality” of their day (starting in the 1940s).

Every element of the dioramas—from the angle of miniscule bullet holes, the placement of latches on widows, the patterns of blood splatters, and the discoloration of painstakingly painted miniature corpses—challenges trainees’ powers of observation and deduction. The Nutshells are so effective that they are still used in training seminars today at the Office of the Chief Medical Examiner in Baltimore.

This exhibit represents composites of 19 real and extremely challenging cases featuring homicides, suicides, and accidental deaths.  And she did so, according to the exhibit’s curator, with an eye towards recognizing victims such as women, the poor, and people living on the fringes of society, whose cases might be overlooked or tainted with prejudice on the part of the investigator. She wanted trainees to recognize and overcome any unconscious biases and to treat each case with rigor, regardless of the victim.

Posted by folkheart press at 4:08 PM No comments: 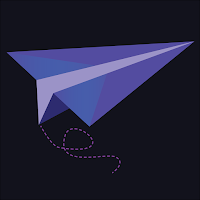 In a culture that places a high value on the 'work ethic', it's refreshing to know there is a museum that chronicles and honors play. The National Toy Hall of Fame includes folk toys and education and has recently announced its 2017 inductees. They are:
1) paper airplane, 2) Wiffle ball, and 3) Clue.

The hall, which is located inside Rochester, New York's interactive The Strong museum, was designed to showcase new as well as classic beloved toys. Nominations can be made by anyone an final selection advice comes from historians, educators, and others who support or engage in creative  toy-related careers and activities.

More than 65 toys have been placed in the hall of fame, including crayons and dominoes. All of them foster creativity and discovery. Here’s a brief look at a few of the most recent additions:

No one is really sure about the origins of this toy which is fundamentally made of paper. Some credit the ancient Chinese with inventing papyrus paper that could be folded and flown. Others note that Leonardo DaVinci considered the dynamics of parchment airplanes. Researchers and experts say that the principles that make an airplane fly are the same that govern paper versions. Even so, paper airplanes can be made of manly shapes, colors and weights. Consider Pop artist Peter Max’s 1970 book of psychedelic paper airplane templates.

This murder mystery game has been around since 1949. While there were other murder-solving games prior to this one, Clue has been noted by hall of fame advisers that none "Combined its simplicity of play with the enjoyment of solving the 'whodunit', not to mention the 'where' and 'what' of the game's pretend murder. The board game's success is linked to pop cultural interests of the time. Murder mystery novels and suspense films were a big hit in the 1950's. It is interesting to note that it remains one of the more popular board games.

To learn more about nominating a toy, click here.

Posted by folkheart press at 2:20 PM No comments: