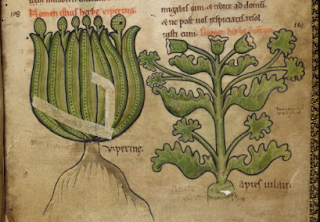 What We Used To Believe

Every now and then we like to explore ‘old world’ remedies for illness. These folkways are fascinating reminders of how we all strive to understand our bodies. There were very real life-threatening concerns about threats to our wellbeing. This was all part of our efforts to cure what ailed us.
So here are a few interesting tidbits:

Back in the Middle ages, it was believed that bad air came from the decay of organic matter. People believed this foulness was more free-floating at night, especially for those who lived near swampy areas. The cure was to stay indoors at night with doors and windows tightly shut.

Divine visits from the gods and goddesses of early Greece were believed to be the cause of epilepsy. The Greeks referred to this sacred disease as being neither a good or bad one. The quality of the visit was dependent upon the symptoms. For example, if during a seizure one screamed like a horse, the visit was thought to be from Poseidon who ruled the sea, earthquakes and horses.

Witch or wizard curses were the cause of mental illness, according to Medieval folkways. The most common medieval treatment was exorcism which was supposed to rid the person of the curse and/or demonic possession. During the Renaissance, burning the body to free the imprisoned soul was a common treatment.
Today we can laugh at these beliefs, right?
One can only imagine how future generations will look upon some of our medical lore. Perhaps they will wonder how it was we thought an apple a day, glass of wine nightly, or sleep tablets could help us set the world right.

Posted by folkheart press at 3:31 PM No comments: 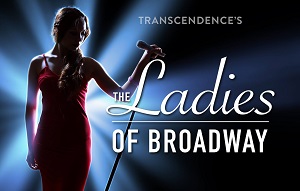 Among Broadways' Best honored this month

Ethel Merman and Ethel Waters are among the talented and tenacious women of Broadway. They sang, acted, and danced their way to the stage that memorialized them. Their abilities earned them well-deserved claim and paved the way for many professional female performers who have come after them.

Both Ethels belong to the panethon of distinguished women of the stage to be celebrated in Transcendence Theatre Company's upcoming The Ladies of Broadway. This musical revue runs March 17 through March 25, 2018 in Northern California's San Rafael and Santa Rosa.

Merman, often referred to as "the undisputed First Lady of the musical comedy stage" began her career as a torch singer in clubs that headlined celebrities like Jimmy Durante.

With her powerful voice and pitch she made her debut on Broadway in 1930. She clinched the audition for the role of San Francisco cafe singer Kate Fothergill in the George and Ira Gerswhin musical Crazy Girl. That's when she made  "I Got Rhythm" one of her signature songs.  She also appeared in a series of short Paramount musical films.

Still active on Broadway, she won the 1950 Tony Award for Best Performance by a Leading Actress in Call Me Madam. She also starred in the 1953 screen adaptation and won the Golden Glove Award for Best Actress - Motion Picture Musical or Comedy.

In 1959 she starred in Broadway's Gypsy which had an impressive 702-performance run.

Waters' full-bodied voice was also legendary. The first woman - the first African American woman - to sing the W.C. Handy classic "St. Louis Blues" on the stage, she rapidly rose to success. At 30 she was already on Broadway.

In 1927 she appeared in the all-black revue Africana and three years later the musical revival of Blackbirds. Her first departure all-black cast shows was Irving Berlins' 1933 musical As Thousands Cheer.

Considered to be one of the great blues singers of her day, Waters also performed and recorded with jazz greats Duke Ellington and Benny Goodman. Several composers wrote songs especially for her, and her name became synonymous with "Stormy Weather."

Women like these two are at the heart of The Ladies of Broadway which presents seven of today's accomplished female artists:

These legends-in-the-making will perform iconic show tunes and dances made memorable by the two Ethels and many other women trailblazers who helped to shape Broadway for performers and audiences alike. Included are Bernadette Peters, Sutton Foster, and Audra McDonald.

The Ladies of Broadway reflects the high caliber of work that Transcendence Theatre is known for. According to  Director Eric Jackson, this revue also "incorporates stories alongside stellar singing and dancing" that continue to inspire audiences of all ages.

Transcendence Theatre Company is an award-winning, nonprofit arts organization comprised of artists with professional experience from Broadway, film and television. Established in 2011, it is based in Sonoma County.

Posted by folkheart press at 10:37 AM No comments: 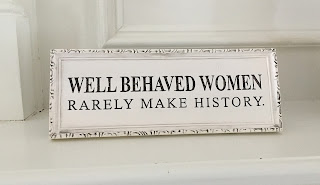 Many women are to be commended for their work as suffragists. These brave, future thinking people took to the streets to march for the right to vote. Because of them we have the 19th Amendment to the Constitution of the United States. Unfortunately, that right was not fully extended to all American women until the 1960’s when, at last, African American women could vote.While there are many we owe a debt of gratitude to, here is a brief look at two of these folk heroines.

She was challenged by the fact that most national women’s organizations excluded African-American women. At a speech before the National American Woman Suffrage Association (NAWSA) in 1904, she said, “My sisters of the dominant race, stand up not only for the oppressed sex, but also for the oppressed race!”

Her credits include becoming a charter member of the NAACP and opposing Jim Crow laws by suing a Washington restaurant for refusing to serve African-American customers.

Freeman was no stranger to law enforcement encounters that led to many arrests. She was adept at turning those unsavory experiences into media opportunities.  She was creative in her strategies as she worked with suffrage groups across the country.

Her strategies included speaking at public events, such as movie houses. Well-thought out tactics also included driving a wagon through Ohio. Stopping in every town along the way, she passed out literature and spoke to those who gathered. In some instances, she attracted listeners by dressing as a gypsy.

To learn more about these and other women, click here.