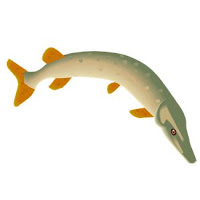 Folktales abound in my family. Just recently at a family barbecue my brother and I were sitting around with our nieces roasting marshmallows over the backyard fire pit. That evening we sank into telling family tales. We talked about our paternal grandparents and that led to Ralph's retelling various folktales about his sojourns to Wyoming where they lived. Here is one such story and it succinctly conveys what can happen when one is too frugal.

Fresh out of high school Ralph and our family friend Tim they took off in Ralph’s convertible for Wyoming where we had family they would stay with. For those who don’t know, Wyoming is an outdoors man's paradise. Fishing and hunting are among the more popular outdoor activities and both Ralph and Tim were hoping to catch enough trout for themselves and our grandparents to enjoy the next morning for breakfast.

It took only a short period of time for the park ranger to make his way to the young men who were just settling into their day of fishing. He asked for their fishing licenses and for some form of picture identification. Ralph whipped out his driver’s license and so did Tim. Unfortunately, Tim's California picture identification did not match his resident fishing license so off he went to jail.

Bail was set at $60. Tim ended up losing much more money than he thought he would be saving by getting the resident fishing license. I don’t think he ever did something like that again.
Posted by folkheart press at 1:30 PM No comments: 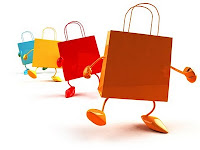 Get Ready Everyone! The Carry Out Kindness project will be launched on August 1, 2010.
This creative project is the brainchild of feng shui mentor Katherine Metz and the feng shui practitioners she works with.

Katherine (Art of Placement)practices feng shui with an eye for beauty,a spirit for healing,and a bit of uncommon sense.

She is a remarkable woman on so many levels and one day will no doubt become the topic of a folktale. For now, the folktale is the Carry Out Kindness project that I've had the good fortune to become part of.

Here is a brief Q&A to give you an idea of what this international kindness wave is all about.

What is Carry Out Kindness?

It’s just one way to encourage kind words and actions, because we know that kindness works—everywhere! It’s a traveling pink sticker reminding each one of us to smile and pass it on. It’s just that simple.

How did this project get started?

The kindness project is our response to the answer to a question. “How do we survive this economic crisis?” The answer, from a master, was to perform one good deed every day.” So, we took his words to heart and decided to encourage acts of kindness around the world.

What do you hope to accomplish?

An August filled with kindness—kindness that overflows the boundary of both the 31 days and the sticker’s place of origin.

What’s the relationship between kindness and Feng Shui?

This work grabs hold and won’t let go. Hearts and minds open, and we find another world breathing in us. At the heart of every method and adjustment is the notion of change. Change your mind, change your circumstance, simply allow for change. And, suddenly, there’s room for kindness.

What’s your relationship to Feng Shui?

For the past 24 years I have chronicled the pure teachings of His Holiness Grandmaster Professor Lin Yun. I have passed them on as a mentor to Feng Shui practitioners around the world. As both a teacher and consultant, I continue to introduce this ancient art and science into mainstream western culture.

How can others participate in this project?

Visit us at http://www.carryoutkindness.com. Look for a vendor in your community and go get yourself a kindness sticker. Take it with you and place it somewhere to create a zone of kindness. Take a picture, send a tweet, and let us know what happens. Be bold. Be courageous. Take kindness to the streets.

Or, you can order kindness stickers of your own and participate as a vendor. We will create a link to your business under Keepers of Kindness.


The beauty of this project is that anyone can participate at any level. What fun!!!
Posted by folkheart press at 4:38 PM No comments:

My husband David and I met 20 years ago at a Fourth of July BBQ potluck. The casual potluck was held at my house in Cotati and I had invited a handful of friends to come spend the afternoon with me. Among those invited were my friends David T and Susan P. David T was a colleague of mine at the Marin Independent Journal newspaper. We both worked in the production department building ads that were one of the daily newspaper’s staples. David and I had been friends about 3 years at the time and had enjoyed countless conversations and moments of camaraderie while supporting one another in our writing and romantic relationship categories.

David T asked if he could bring his friend David Gonzalez to the potluck as the two of them had been near Vacaville that morning celebrating David T’s daughter’s birthday.

I was smitten right away by David Gonzalez’s big brown eyes and wanted instantly to melt beneath their powerful gaze. But I didn’t… I’d learned not to rush into relationships; especially those that carried such a magnetic pull.

It took David T about 6 weeks of off and one delicate suggestions that David Gonzalez and I should go out on a date for me to finally agree. I wasn’t looking for any romance and yet I was drawn to David Gonzalez. I finally agreed to meet him at the Renaissance Pleasure Faire… and haven’t looked back since then.

David T and Susan P also made a connection that day that would lead to the start of their marriage, too. That 4th of July was very special for all four of us.
Posted by folkheart press at 1:59 PM No comments: