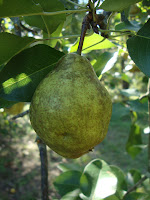 Today is Halloween. Certainly a day of memories that become folktales for many of us. Remember emptying out your trick-or-treat bag to count up and maybe even sort into category your 'booty'? I do.

And after we went to bed our mother would go through the candy (I never really knew how many pieces she may have discarded). Then she would put our sugar treasures into coffee cans, one for each of us clearly labeled so there would be no confusion about what belonged to whom!

I recently asked Lady Catherine of Pear Blossoms Blog to write a folktale/memory about Halloween. This vignette sweetly and simply captures her trick-or-treat days:


It's that time of year again, Halloween, pumpkins, black cats and lots of candy and goodies. A big harvest moon hangs in the sky and good memories fill the air.

We weren't afraid to trick or treat back in the "Good ole days". Getting a bad piece of candy or fruit never crossed anyone’s mind. When the children were small, we would walk up and down the blocks, and we knew that all the houses with a porch light on meant we were welcomed for a treat.

One year we carved a Jack-o-lantern out of a huge pumpkin, put it up behind the seat of the car with a candle inside, and drove very slowly up and down the streets with the children standing in the back seat looking out the window. They had so much fun. There weren't such things as seat belts in those days. Our children stood up in the seats of the car so they could see out. We didn't think anything about it, somehow or other they survived.

Happy pumpkin carving! Remember, “This is the day the Lord hath made, rejoice and be glad in it.”


To read more of Lady Catherine's writings, bee sure to check out her blog!
Posted by folkheart press at 8:36 AM No comments:

A Folktale about a Conscientious Objector 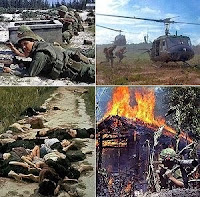 Folktales are one of the ways we have to share what we know and what we have experienced with others. In many cases, folktales are vignettes that describe-and preserve-particular folkloric attributes or qualities about a specific person, place or thing.

Today I want to write a folktale about my dear friend Michael Hills. A long-time friend of mine, Michael recently ended his life. At 62, he stopped the suffering he experienced primarily as a result of having Agent Orange and PTSD; both non-transfer- able diseases contracted while he served in the Vietnam War.

That was when the country was still drafting soldiers. By lottery (birthdates randomly selected) young men were "chosen" to go to war. Their task was to fight an unwinnable war.

Michael decided he did not want to go fight a war he did not believe in. Like many of his generation he wanted peace and, as a musician, often sang about peace and other antiwar sentiments. In this way he was definitely a part of the anti-war summer of love generation.

He objected to the war but when it came time to register for the draft, he did. Unlike others who fled to the open arms of other countries, he went to the enlistment office and said he was a conscientious objector. He did not know at the time that he would have to serve just the same; conscientious objector or not. He went into that confrontation believing in his rights which included free speech and the right to" resist" the war. His beliefs were of no avail. He was drafted just the same. The only exception the military made was that he would serve as a medic rather than "in battle”.
It was during his tour as a medic who helped to save the lives of others that he would lose his safe - slowly and painfully.

Not only did medics perform a range of life- saving duties, they also were responsible for picking up the strewn body parts of soldiers who died during battle. And there were many vicious battles in Vietnam. Michael and the other medics of his unit were charged with working in the forest areas that had been heavily doused with the deadly chemical 'About Orange". There was nothing he could do to keep the nerve-killing 'pesticide' off of his arms, neck and face. Nothing.

This brave man who refused to kill others in the name of war was exposed to Agent Orange and over the years that followed that 1960-70's nightmare, the silent but destructive chemical wrecked havoc on his body and was, in the end, victorious in its efforts to destroy his nervous system.

Michael did have other health complications in his life and, as a musician, had a hard, smoky bar room type of lifestyle that had included drugs and alcohol. But it was the germ warfare of a fight he objected to that took its final toll on him.

He died October 14 this year clean and sober - and in a tremendous amount of personal and physical pain. I sure miss him.

May he rest in peace.
Posted by folkheart press at 4:03 PM 2 comments:

The Fading Light of Summer

Here in California we are still having summer weather. The hot dog days of Indian Summer that pretty much define September are still making their way into October. It's the shortening of the daylight hours that tell me summer is over. Night walks after dinner with the dog are now dark.
Still I know it's time to put summer away. So I think I'll share a few summer memories to close out the season.

== Tomales Beach: It's a beautiful place. Clean sands and friendly people from all over populate the expansive shoreline.
== BBQ dinners: Had lots of them this year.
== Late nights: Something about long days that keep us from going to bed early even though we still had to get up at the regular time in the morning.
== Relaxed mornings: Didn't need to get up with our daughter on school mornings. We lingered more over our morning coffee. Our daughter, of course, slept until 11 every day.
== Community garden tomatoes and sunflowers. It's not summer without the sunflowers!

My own memories were inspired by what the folks at Growing Bolder did. Growing Bolder staff and friends chimed in about their summer memories; some of which go back many years.

Take a few minutes to read what they wrote. They could inspire you, too!

After all, when the light is out all we've got to remind us are the memories. I hope you have some great ones!
Posted by folkheart press at 3:41 PM No comments: