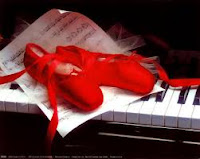 My Sonoma State University intern Alivia Snyder loves ballet. So I invited her, a dancer, to write about this art form with a history steeped in European folklore:

Ballet is one of the most enchanting and well preserved styles of dance in the entire world. Beginning as a form of entertainment for royalty, it continues to touch many lives today. The strict precision and technique that is evident in ballerinas today is much different than what was displayed for Kings in 15th and 16th century Europe.

The Renaissance was the birthplace of a style of dance entitled ballet de cour. This original form of ballet included traditional clothing and shoes from the era. Tutus and pointe shoes were simply nonexistent. It was also more of an interactive performance, in that towards the end of the dance, the rest of the court would join in and dance all together.

Throughout the 1400s, ballet was appreciated and performed mostly for royalty. Catherine de' Medici, an Italian aristocrat had a passion for the arts, which gave ballet a vehicle through which to spread throughout Europe. When Catherine de’ Medici married French royalty, she was able to provide a platform for ballet in France through her newfound wealth. The first ballet de cour was entitled Ballet Comique de la Reine (1581), which lasted for more than 4 hours and included 24 dancers.

King Louis XIV (1653) of France also had a passion for dance. His personal dance teacher, Pierre Beauchamp, created the five positions for the feet and arms, which are still used to this day. The king even created a dance school, Académie Royale de Danse and appointed Beauchamp the school’s director.

Throughout the 1800s, ballet evolved into the dramatic art form that it is today. Ballet also flourished in Russia with the help of Tchaikovsky. Classics such as Swan Lake, Romeo and Juliet, The Nutcracker, and Sleeping Beauty were all choreographed and composed during the late 1800. Themes for these productions included mostly European folklore. Pointe shoes, tutus, flowing skirts and pastel colors all started to emerge and ballet found itself in the same league of entertainment at opera.

In the United States, ballet was first introduced in New York City. George Balanchine developed state-of-the-art technique at his studios in New York and Chicago. Balanchine is also recognized for his specific style of neo-classical ballet: a mix between classical and contemporary ballet. Although there are many other styles of ballet, they can all be broken down into classical, neo-classical, and contemporary.

Ballet is an incredibly difficult style of dance to master. The meticulous movements and balance that are required are only truly known to those who study the art. For those of us watching, it is merely appears that the dancers are floating; their poise and grace fill the stage.

Posted by folkheart press at 2:28 PM No comments:

Email ThisBlogThis!Share to TwitterShare to FacebookShare to Pinterest
Labels: ballet, The Nutcracker

Societal and cultural values are preserved through a variety of mediums. In folklore, which I believe is the street face of mythology we find a world of motifs (themes) that basically are regionalized interpretations of universal truths.

This means, for example, that the motif of hero may appear in one culture as a truly virtuous person (SuperMan) and in another may be presented as a masked man (think Zorro).

In the medium of American theatre,the hero takes on many forms and faces many issues, namely how to remain true to valued principles, such as justice. Keeping in mind that every group of people has its own renditions of what constitutes justice, I recently interviewed Playwright Robert Caisley about his play Kites Book: Tales of an 18th Century Hitman.

The play which explores issues of justice and judicial reform, has it's West Coast premiere on September 30 at the Sixth Street Playhouse in Santa Rosa CA (Sonoma County wine country). In it hitman Harry Kite swashbuckles his way through old and new world versions of crime and punishment basics. No easy feat.

Here is the Q/A with Caisley, Head of Drama Writing, Department of Theatre Arts at the University of Idaho:

Q: Seeking justice is a noble act. In the world of folklore the motif (theme) of justice is explored from many angles. How justice is defined, and who determines punishment are among the questions raised in your play which touches upon both 18th and 20th century sensibilities about justice. What are the most notable differences?

A: The 18th century was an interesting period of transition and change in thinking for social philosophers. There had existed this belief that the criminal tendency was innate and the natural bias it was a disease of the lower classes. You can see this idea being advanced that someone was born with criminal tendencies, lived a sordid anti-social life, and went to the grave a criminal and there was very little society could do to change that ineluctable fact. The only choice society had was to segregate the bad apples from the rest of decent (meaning wealthy) society. So the idea of rehabilitation was a very modern, revolutionary one that would begin to emerge in the 18th century in stark contrast to the wrong-headed view of crime and criminal behavior. In the early 18th century we didn’t have the benefit of modern neuroscience and psychology. Medicine had been dominated for at least 2,000 years by Hippocrates’ theory of the Four Humors (four substances flowing within the human body, the imbalance of which accounted for mood and behavior. Not very scientific.) It certainly didn’t help that the pseudoscience of Phrenology, developed in 1796 by Franz Joseph Gall, a German physician, was making wildly speculative claims about the relationship between the size and shape of the skull being an indicator of innate behavior and intellectual development. There was even an Italian doctor poking around within the prison system who was fond of measuring cheekbones and studying hairlines and the such and suggesting these physiological traits were empirical markers for criminal behavior. So you had all of this “backward” thinking, but at the same time we start to see, beginning in the 18th and on into the 19th centuries, a sharp rise in new and progressive social philosophy that started to take into account the social causes of crime within society, and what society’s moral response should be. So these two views clash in the play.

Q: Does the character Harry Kite possess traits that allow him to face personal and professional obstacles? If so, what are they and how are they important?

A: Harry Kite is obviously modeled on the popular cult hero of English folklore, Robin Hood. He is living “outside” the law, but that is only because the laws and lawmakers are so corrupt. So he’s an anti-hero.

Q: Societies can change their attitudes over time. In this play have the attitudes about crime and punishment shifted over time? Or are there intrinsic, non-negotiable truths about what justice is and is not?

A: I’d like to believe that in 2011 there is a very different view of crime and the criminal, but I think there is still a pervasive bias that crime and anti-social behavior is associated with the poor and under-educated. It’s a difficult myth to dispel because the empirical evidence suggests there is a direct, causal relationship between these two things. In the last few years we’ve seen numerous headlines in which the perpetrator of a crime is a large multi-national corporation that has defrauded the American public out of hundreds of millions of dollars. The executives of these companies usually receive a golden parachute, a slap on the wrist and an extraordinarily lavish severance package. By contrast, a young black male found in possession of a stolen vehicle will most assuredly feel the full weight of the law. So there continues to be a discrepancy between how the law is applied to the Haves and Have-nots.

Q: Theater is a powerful social tool as well as a form of entertainment. It lets people see themselves (through the guise of actors). What is it you want this play to show audiences about themselves?

A: I don’t think a single play can do anything to change this, but I think it’s every artist’s responsibility to raise questions about what is wrong with society, and hold the “mirror up to nature.” This is what the theatre is all about.

I encourage you to find out for yourself if theatre can chance your ideas about crime and punishment.

Posted by folkheart press at 1:36 PM No comments:

I want to share an article by Jessica Fischer in the Times News that I read today about a really nice explanation of the place of personal stories and experiences in storytelling.

International Storytelling Center’s teller-in-residence series continues to celebrate its 10th anniversary season with a week’s worth of performances by storyteller and mime Antonio Rocha.

Rocha will offer daily matinees throughout his residency, which runs Sept. 13-17. All concerts begin at 2 p.m. in the Mary B. Martin Storytelling Hall, an intimate theater in the heart of the Center’s headquarters in downtown Jonesborough.

Rocha is celebrated for his unique take on traditional storytelling, which incorporates fluid movement into the spoken form. (He studied under master mime Tony Montanaro.)

“Mime is an eloquent body language,” Rocha says, observing that it’s used, to some extent, in all storytelling. “When somebody is on stage making facial expressions and gestures or leaning towards the microphone, that’s all body language. Even when you’re sitting down, you’re doing it. So to a certain extent, everybody mimes a little bit, whether they realize it or not.”
ut the more he worked with traditional stories, the more Rocha realized his own life followed similar rhythms and rules.

“Folk tales eventually helped me recognize all those archetypal characters in my own life,” he explains. “Folk tales aren’t about crocodiles and chickens; they’re human characters played by animals. I woke up to the fact that, my gosh, there’s a lot of stuff from my own life that I want to bring to the stage.”

In addition to stories about his childhood in Brazil, some of Rocha’s favorite personal pieces revisit his first years in the U.S.

“There are all these little snippets of my life in America, such as my story about being a millionaire for five minutes,” he says. “Now, you have to understand that I was a college student. I didn’t know much about American culture at the time. I got a letter from Mr. McMahon saying I had won a million dollars. I almost had a heart attack. My name was spelled right. Nobody spelled my name right in those days. I have five names, and they were all written correctly!”
It was a dark hour when Rocha’s American friends had to explain the phenomenon that is Publishers Clearing House.

“I was like, what do you mean I didn’t win anything!” he recalls, laughing. For someone who gained and lost a fortune in the course of one day, he was a very good sport.

During his week in Jonesborough, Rocha also looks forward to sharing a wide range of Brazilian and African folk tales. He relishes the opportunity to play with new forms and showcase new material for the Storytelling Live! series.

“It’s always good to come back to TIR,” he says. “It’s great to present new material and connect with new faces and the folks who know my work.”
Posted by folkheart press at 12:30 PM No comments: 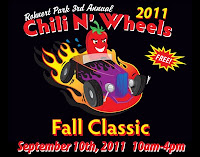 When people think of folk festivals, they generally think about 'old time' folk music, arts and crafts, and foods. They think about way back when... not here and now.

Here are some details:

Highlights include FREE admission, chili, and family entertainment, including a demonstration by the Rancho Cotate High School Marching Band. Other activities include cooking awards, car trophies, and beer garden. Plus:

This is a benefit for Fence at the Top, a non-profit dedicated to providing mentoring services to at risk youth.

Posted by folkheart press at 2:48 PM No comments: