FolkHeart Press is pleased to have been approved for this project. We are involved because our authors want their literary works to make a difference in the lives of others. It is an honor to be shipping our books to fellow readers in the tri-state area that Hurricane Sandy destroyed. If you know of a public or school library in need, let us know!

WHAT: After the Hurricane Sandy tragedy many libraries lost all resources. More than 60 independent authors and publishers from around the world have come together to donate fiction and non-fiction books and e-books to public libraries and schools in need. All expenses, including shipping, are incurred by project contributors.

WHEN: Established in November 2012, the project is ongoing.

WHY: “This is a way to give back to these communities, and let them know that they have not been forgotten,” said project founder and author K.S. Brooks.

MORE: To date books have already been delivered to at least one New Jersey school library, in the Monmouth Beach School District.
"This school requested books appropriate for Grades Pre-K through 8. The students use the library for both research and recreational reading,” said Brooks, a native New Yorker now living in Washington State.

Posted by folkheart press at 12:36 PM No comments:


What better season than winter to learn about the cold weather Inuit culture?

Located within Arctic landscapes, Inuit communities reside in Canada, Alaska, Russia and the Northwest territories.  Since the arctic tundra does not promote the growth of trees, very few materials are available for building. As part of the Inuit lifestyle snow is commonly used to construct igloos.  When snow is not available, the Inuit people use animal skins to construct tent-like huts.  Commonly associated with igloos, Inuit people are referred to as “Eskimos”. Eskimos (or Esquimaux) or Inuit–Yupik (for Alaska: Inupiat–Yupik) peoples are indigenous peoples who have traditionally inhabited the circumpolar region.

To travel from one place to another, the Inuit people would assemble sleds made of animal bones and animal skins.  Large dogs, such as huskies, would then pull the sleds across the snow and ice.  Small boats were also built to hunt in the waters of the Arctic Ocean.

Considered to play a large role in Inuit culture, many traditions have been carried with the Inuit people over time.  The Inuit people believe in maintaining a harmonious relationship between human beings, the land, plants and animals.  In order to maintain this balance of respect, resources are preserved and hunting restrictions are set in place.

Storytelling remains a key part within Inuit culture.  Knowledge of Inuit history, the land, plants and wildlife, has been passed down through the generations of storytelling.  These tales of oral history have inspired Inuit artists around the world.  Drum dancing and throat song are traditional aspects that continue to unite people of the Inuit culture.

Explore the contemporary art, culture and environment of the Inuit people on display at Dennos Museum’s Inuit Gallery in Traverse City,Missouri.  Exhibit highlights include Inuit stonecut, tapestries  and more from the late 1950’s to the present. Featured artists are from Nunavut, a Canadian territory in the Canadian Arctic.

Posted by folkheart press at 5:39 PM No comments:

Everyone knows that telling your story can be cathartic. The process allows the teller to verbalize personal experiences that may have profoundly and possibly permanently impacted his or her understanding of self and others. In the sharing, the story takes flight and can reshape itself into a sign post of hope for others. It can also evolve into a moment of healing and/or become the basis of a breathtaking insight that will change the world forever.

Such is the case for author Tom Daly who has written Don’t Make Me Cry: The Maiming of a Mind.

This suburban horror story is a memoir that the author describes as part psychological thriller and part murder mystery. This true story reveals torturous mind control that took decades for the author to begin to come to terms with. According to Daly, the story took place in the real world and in an average, middle-class suburb of San Francisco.

“This book is an unsettling, nightmarish, yet concurrently calm and lucid account of what perhaps is the scariest of all terrors: the trust we have in a loved one violated and morphed into utter madness with the insanity distilled in both the victim and the perpetrator’s mind as some form of diabolical love,” wrote Philip Kobylarz, cultural critic in the San Fransisco Bay Area.

Q/A with the Author

Q: How long have you been writing?
A: Remember letters?  You know, the handwritten kind? I’ve been writing letters and papers all my life, like everyone else – believing I was writing “prose”.  So I have been “writing” most of my life and I fancied myself a bit of a writer, someone that could turn a phrase and string together a plot.

Q: Is this your first novel?
A:This is my first completed writing project of any significance. I have to confess that actually getting the thing done took more than I imagined.

Q: Why this topic and/or genre?
A:This was the book I had to write first. I tried writing other things but lost interest in them. Then when this presented itself I couldn’t stop. At first I wasn’t even sure what it would be. Maybe a movie. Or maybe I would change the characters and places and make it a work of “fiction”. But as it progressed, it seemed to me that the real names and places should remain and even the format – a dead-tree book in the conventional sense seemed right.

Q: What do you want readers to gain from reading this book?
A:The most important thing, and I don’t even mention it in the book, is the idea that people have an amazing capacity to overcome almost anything.  So, although the people I talk about in my book continue to quietly live out their lives in the suburbs and there seems no quick or easy path to justice, even this kind of atrocity can be overcome. I want my reader to understand that I am still alive and well, in spite of the events I describe, and I hope it leaves them feeling uplifted, though a little creeped out at the same time.

Q: Do you have other writing projects?
A:I am hoping to write another book about this subject using other people’s experience.  We are profoundly individual in the way we experience life and I hope to capture this bizarre experience from someone else’s point of view. 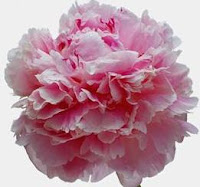 = Garnet is the birthstone of those born in January. Folk believe that its powers include healing, strength, and protection. Folklore about it indicates that it relieve skin inflammations and regulate the heart and blood flow. In earlier times, garnets were exchanged as gifts between friends to demonstrate their affection for each other and to insure that they meet again.
= The January flower is Carnation. Its botanical name – Dianthus - means divine flower and its flesh-pink color was used as a background wash by Elizabethan portrait painters. The blooms are edible; petals can be sprinkled over a leafy salad for color and a spicy scent.


Weather Lore
= If birds begin to sing in January, frosts will come.
=A favorable January brings a good year.
=A wet January, a wet Spring.

Special Days in January
January 14: On the second Monday in January, Japan celebrates Coming of Age Day. Anyone who reached the age of 20 years old is congratulated in a public non-secular setting. Afterwards there are family celebrations and then the youth go out on their own to have fun.
January 21: The third Monday in January commemorates the January 15, 1929 birthday of Martin Luther King, Jr. He was an American clergyman, activist, and prominent leader in the African-American Civil Rights Movement. He is best known for his role in the advancement of civil rights using nonviolent civil disobedience.
January 26th is a national holiday in India. They celebrate the original adoption of the Constitution of India which marks the day (1950) India broke free of the rule of the British and became its own republic.
January 29: Feast of Saints Peter and Paul. This Catholic liturgical feast honors the martyrdom of  these two apostles.
Posted by folkheart press at 1:04 PM No comments: