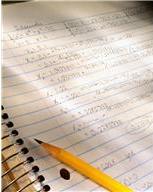 This week I sat at a black wrought iron bistro table. It was one of many on the pebbled sidewalk of “Coffee Street”. One city-block long, the street boasts several national chain coffee shops attached to brand name bookstores that now replace what used to be independently owned establishments.

Now, as back then, the late May sun is generous. Coffee drinkers, like sunflowers, sit outside turning their faces to the warm light. They bask in its summer-is-coming promise.

At the table next to me were two older, retired men who were reminiscing about their respective careers. While I was not eavesdropping, I was able to hear an occasional partial sentence. I was struck by how even just a phrase conjured up the start of a folktale.

“When I was in Nigeria we didn’t worry about that…” said the light-haired man.

Worried about what? I wanted to know. What was going on at the time that would have caused worry and how was that worry handled?

Ever on the lookout for living folktales, I was tempted to lean over and tell them to preserve the folktales they were telling one another. Concerned about appearing to be nosy, I said nothing. Instead I wondered whether or not they even knew they were telling each other folktales.

That’s the rub for me. Especially when it takes literally only minutes at a time to preserve a folktale that can be shared with others long after we are no longer around to do the telling ourselves.

Either one of those men could have jotted down bullet points about what they were sharing. At a later time they could have gone back to those bullet points and flushed them out into a sentence or two… maybe even three. And that would have constituted a folktale their families and friends could have enjoyed for years to come.

It’s really that simple. So the next time you find yourself telling others something about your life, try to find a few moments afterwards to jot down somenotes about that folktale-in-the-making.

With such a skeleton you can add sentences here and there until the folktale has been fleshed out, so to speak.

You (and others) will be glad you did!

Posted by folkheart press at 6:38 PM No comments: 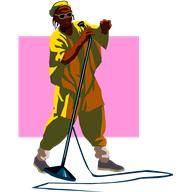 Bob Marley is not only a folk artist, who is recognized for his reggae music talent and revolutionary lyrics, but he is also an iconic figure around the globe. This Rastafarian musician has set a precedent for anyone involved in reggae and the ska (rock steady reggae) genre style of music. Although he passed away on May 11, 1981 (born February 6, 1945) his presence is still felt and celebrated today.

Marley’s imprint changed popular music. He was not a powerful singer and songwriter, he was loyal to his native Jamaica and support revolution and spirituality live on through his lyrics.  The end result is that he sang about the Jamaican people’s fight for freedom.

His messages are what made him a musical folk hero that people all over the world could relate to. That’s why as a solo-artist and as a part of Marley and The Wailers, he released over 12 albums in his lifetime, selling over 20 million records.

He was dedicated to the Rastafarian movement – a monotheistic (one-god) spiritual movement that emphasizes and traces its origin to Abraham. This commitment  played a key role in his efforts to bridge the gaps between Jamaican ‘third world’ reggae music and the world outside that allowed him to unveil political issues in and around Jamaica.

Many have said that his folk spirit expressed love, peace and freedom for all. These values add to his recognition as a folk hero.

Posted by folkheart press at 7:59 AM No comments: