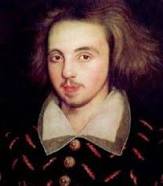 Thomas Kyd was born the in 1558; the year Elizabeth Tudor became Queen of England. It was as a crucial time, and an early sign, many believe that he was destined to produce revolutionary works.


The Elizabethan government worked to allow his industry (the theater), and to push the boundaries with commercial success, broad influence and literary eminence. However, this same government also led to Kyd’s demise.


Thomas began his start with the craft that already fit him like a glove. His father had been a writer, translator and playwright so Thomas learned from the best. He specialized in an official calligraphy and would hand write legal documents. He later was believed to have worked as a notary for several years, while also working as a playwright and actor in the beginnings of the commercial Tudor drama in London.


In the heart of his years as a playwright, Kyd was able to experience commercial theater at a close range and all of the emerging forces that surrounded him were influential in many of his works.
Most notably would be “The Spanish Tragedy”, a instrumental play for many playwrights, including the great Shakespeare.


Kyd proved in “ The Spanish Tragedy” that plays could so much more than pastoral and predictable romances, more than witty lines, deep allegories, and rants with Classical names. They could be full of passion and life. All of the feelings that embodied the Elizabethan era: revenge, vengeance, love, hate, and deception.  It was those exact sentiments  - considered socially unacceptable - revealed in this public platform that led to his royal supporters turning away from him, ending his career.


In order to truly understand the emotions of this drama you’ve got to experience the play. Locally, Marin Shakespeare Company’s production of this legendary work under the stars at Forest Meadows Amphitheater, Dominican University in San Rafael runs now through August. 11.
Want to learn more about folkheroes?

Posted by folkheart press at 1:40 PM