The Father of the Encyclopedia turns 300

“Only passions, great passions can elevate the soul to great things” (Denis Diderot).

Denis Diderot, an 18th century French philosopher used his great passions to achieve, at the time, a revolutionary ambition. A boundless pioneer during the French Enlightenment, Diderot became the driving force for an encyclopedia that many believe changed the course of history. The ideas circulated in the Encyclopédie as the French would say, and helped lay the foundation for the French Revolution. This month marks his 300th birthday, and reminder of his most influential work.

A philosopher between Rousseau and Voltaire, Diderot had a hard time making a name for himself. Today, his image has shifted, and scholars and writers abroad have praised him for his work.

Diderot devoted 20 years and 100 writers to build his first 28-volume encyclopedia.  Three hundred years later, his first leather bound encyclopedia is still displayed in the Sorbonne library.  In an interview with the library’s director, National Public Radio’s Christopher Werth gains some perspective on the impact of Diderot’s work,“Today everybody knows Google. The major invention of the Encyclopédie is the same system: The cross- reference is a way of making a kind of web out of the knowledge.”

Diderot’s passion and devotion for his work has been evident to many. Caroline Warman, a French scholar at the University of Oxford sums its up best. The simplest of entries can lead readers on a wild journey.  There really is nothing more we as readers could ask for, and thanks to Diderot we can take those adventures whenever we like.
Today, we celebrate and honor Denis Diderot’s memory and wish this folk hero a Happy Birthday!
Posted by folkheart press at 9:36 AM No comments:

Archaeologists working on Bulargia’s Perperikon site have found the skeleton of a vampire; in fact, they have found 100 vampire skeletons. Thought you didn’t believe in vampires? Tis the season for scares, surprises and vampires so boo!

Vampires are folkloric beings who date back to prehistoric times. They are used in our scary pop-culture as creatures that would prey on children and feed on their blood. What makes vampires even spookier is that they are living creatures regardless of whether they are dead or not.

In Bulgaria, a team of archaeologists discovered the Sozopol vampire last year making news throughout foreign media. The most recent skeleton was of a male buried with a ploughshare in his chest. Professor Nikolai Ovcharov already believes it to be a ‘twin of the Sozopol vampire.’

Still spinning at the thought of vampires, even if they are remains? Artifacts on the bodies such as coins led archeologists to believe the remains dated back between the 13th and 14th century, so you can take a breath, they are long gone.

The site was inhabited during the early Iron Age and well into the medieval era. During this time period, there was a group that was suspected of being warlocks communicating with Satan (the ‘vampires’). A group of highly superstitious and medieval Europeans accused them of using their magic and killed these so-called ‘vampires’ by driving iron stakes or ploughshares directly through the hearts to prevent ‘undeath’.

The remains found in the Perperikon site appear to be the first publicized ‘vampire’ remains discovered. Ovcharov, one of Bulgaria’s best-known archaeologists, has lead the digs at Perperikon for over 13 years and earlier this spring said he hoped to finish work on the Perperilon acropolis this season.

As on can imagine, the Perperkion has become a popular tourist attraction. The team is planning for new projects after the spring, ensuring this long-term archaeological work will continue to unveil new discoveries.

Ready to explore this archeological gem for yourself? Find out more about the vampire folk history here, but just make sure to leave the lights on and  the garlic out! If vampires aren’t your Halloween treat, explore our top picks for the scariest haunted houses in America!
Posted by folkheart press at 12:33 PM No comments:

If there is one haunt that you won’t want to miss, it will be our exclusive ‘crème of the crop’ list of the most haunted houses in America. From the famous Old Dent Schoolhouse, to haunted asylums and psychiatric hospitals, to even an abandoned meat packing plant knows as “Hell’s Half Acre”, these horror entrenched places are sure to frighten the Halloween right out of you.


For many, Halloween is a time to carve pumpkins, listen to the classic spooky stories and participate in some good old fashion costume dress-up and maybe, even trick or treating.


However, for the more extreme Halloween enthusiasts, it is a time to travel to the spookiest haunted house for a good scare or two. These are a few places that take ‘a good scare or two’ up about ten notches. Enter these top picks at your own risk.


First is a haunted house located in an Asylum in Denver. It is the longest running haunted house featuring two levels into Gordon Cottingham’s Hospital for the Mentally Insane. The Asylum is infested with spiders, rats, snakes, and has damp musty smells that will lingerie with you for days. Not only is it a prime location for the screams of tortured souls, but it creates all the visuals for a trip down hillbilly horror lane that you can only take if you dare.


Next is “Hell’s Half Acre", which is a 100-year abandoned meat packing plant in a section of Fort Worth. As they advertise, “the meat packing plant is back in use, but this time it’s being used for human flesh!” This high tech torture whole will feature 32 animations, 26 sets and an array of massive creatures on the roof. The haunted hearse ride around the building is awaiting you.


The third pick has been recognized as one of the top haunted attractions in the country, with award-winning scenic artists, set carpenters, lighting and sound technicians, special effects and more. The 13th Gate is a 40,000 square foot haunted house that will take you through 13 frightening themed indoor/outdoor sets where the unpredictable is their specialty and your worst nightmares can come true.
Now if these three haven’t done enough to convince you that there are new levels of horror you have yet to experience, then this most unusual and ghost filled graveyard will be sure to suffice. Gettysburg, where the scene of the Civil War's bloodiest battle is still etched in many Americans minds is our final pick. The place where 51,000 Americans were killed or wounded from July 1 to July 3, 1863, and  also the location of the Hunterstown Battlefield, the Gettysburg Engine House and the National Soldier's Orphan Homestead. Tred carefully around this historical landmark, and at your own risk!


Happy Halloween and may the ghosts of folklore fame be with you!

Posted by folkheart press at 4:31 PM No comments: 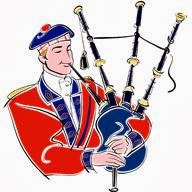 
Whenever we go to a play, we know we are entering into a world that created on a platform to help tell a story. Living rooms, street corners and even magical places are built to compliment the character roles that are acted out. They are also developed – more importantly, I think- to set the stage literally for us, the audience.


Actors are trained to ‘be in character’ regardless of the furniture and flora around them. It is the audience that depends most upon the consistency of visual cues to tell the story. When it comes to telling stories of imagined times and places the physical landscape matters. This is what quietly keeps us connected enough to believe in these strange and exciting lands where tales of fantasy unfold.


Can you imagine, for example, the Wizard of Oz without a yellow brick road of some kind? Or the heather-covered highlands of the Scottish hamlet Brigadoon which arises only one day every hundred years?


I recently asked Elizabeth Bazzano, set designer and lead painter for Spreckels Theatre Company's upcoming production of "Brigadoon" (directed by Gene Abravaya) about what it takes to make a mythic placeslike Brigadoon feel real enough for the audience to believe it exists.
Q/A:


Q: What are the most important differences between fairytale/mythic stage settings and those of plays set in factual times and places?


A: We can get a lot more creative with shows set in mythical places.  We aren’t stuck in reality, trying to make everything as realistic and accurate as possible.  We can do a lot more with color, texture, and shapes.  It allows us to create our own world, our own reality.


Q:  What do you like most about mythic/fantasy set design work?


A:  I like the freedom of creativity that designing a mythical set allows.  It opens up a world of possibilities where we can push the limits of imagination and turn magic into reality.   There must still be continuity within the world we create, of course, but we get to decide what that means for our show.


Q: What is the purpose of plays that take place in “once upon a time, in a land far away”?


A:  These are the things that make us dream, either of a much better place or of great memories from childhood where there is magic, fantasy, imagination, and almost always a happy ending.


Q:  What do you like most about mythic/fantasy set design work?


A:  I like the freedom of creativity that designing a mythical set allows.  It opens up a world of possibilities where we can push the limits of imagination and turn magic into reality.   There must still be continuity within the world we create, of course, but we get to decide what that means for our show.


Bazzano who has been involved in Sonoma County theater for almost 20 years including Santa Rosa Players, Sonoma State University, and Cinnabar Theater is also a stage manager and props master at Spreckels.


She told me that musicals like Brigadoon – which was first performed on Broadway in 1947 -offer audiences a chance to step away from everyday life in order to experience the magic of true love, mystery and adventure. This Rohnert Park premiere runs October 11 through October 27.