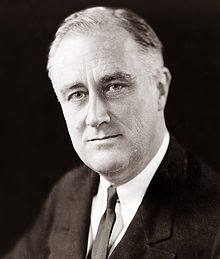 Whatever you think of politicians - today as well as yesterday- they are folk heroes. Folk heroes are those whose deeds we remember and even use as examples of what to do as well as what not to do.

This week is the birthday week of Franklin Delano Roosevelt, 32nd U.S. President. Born January 30, 1882, this New York native was elected to four terms (1933-1945). In total, he  served for 12 years and four terms, and was the only president ever to serve more than eight years.

To his credit:
Want to know more about FDR? Click here to learn more about folk heroes and heroines.

Posted by folkheart press at 10:03 AM No comments:

Here's our tribute to the incredible Monument Men who helped save Europe's historic art:

They took on a task that many underestimated; including their own forces. It became one of America and Britain’s greatest art recovery operation.

This name may ring a bell. There is a film entitled The Monuments Men being released in the theaters February 7th, which provides a dramatic reenactment of what many of those men endured to save Europe’s historic art.

Go back to the Fall of 1943. The Sicilian landings during World War II marked the beginning of the Allied Italian campaign and the start of the Monument Men. British and American art experts and curators worked together throughout the war to maintain as many art pieces as possible. However, they faced flak for their lack of military experience. They were considered to be a group of art historians, architects, artists, archaeologists and archivists who in short were “a straight civilian lot” at the start of operations in Italy. In the eyes of soldiers, they had no business moving around a war role-playing and telling colonels and generals what not to bomb. Their nickname, “the Venus Fixers” lasted much of the war, but it didn’t undermine their gusto.

Their story is truly incredible. They began as a group of two British officers and friends, and by the end of the war their group expanded to 27 total. They created safe landmarks for the art and tried to prevent areas with large amounts of art from getting bombed. While they were saving the art, they also had to dodge German mines and Allied bombs.

By the end of the war, they had covered the Italian peninsula from east to west and north to south and initiated repair work on 700 historic buildings. In the face of an ‘art lover’s nightmare’ these Monument Men showed their countries they were true hero’s living an art historian’s dream.

To learn more about folk heroes and heroines, click here.
Posted by folkheart press at 8:40 AM No comments:

The month of January was named after the Roman god Janus. Janus is also the Roman word for door. The god Janus had two faces which allowed him to look forwards into the coming year and backwards into the past year.

The original Roman calendar only had 10 months. January and February were not included, but were added later.

Here are some historical events that took place in January:

1773   Captain James Cook becomes the first explorer to cross the Antarctic Circle.
1819   Simon Bolivar proclaims the Republic of Colombia.
1916   The Professional Golfers Association (PGA) is formed.
1917   The United States buys the Virgin Islands.
1973   Ferdinand Marcos becomes President for Life "of the Philippines."
Posted by folkheart press at 12:40 PM No comments:

Soul Food Keeps Away the Chill 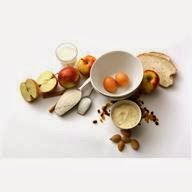 Soup dates back as early as 6000 BC. Preparing a combination of ingredients in a pot was ideal for both sedentary and traveling cultures. Over time they evolved to reflect regional food choices.
Think Spanish gazpacho and Italian minestrone and you get the idea.

The word itself relates to the act of soaking food and can be traced back to the Latin verb suppare which was borrowed from the same prehistoric German root (sup-) as produced in English supper. Of note: the noun suppa passed into Old French as soupe.

Soup can be made from almost any combination of ingredients and many a tasty version has been ‘discovered’ while experimenting. This personalization makes it ideal for  family foodlore.

For fun, here are a few delicious recipes you may want to check out:

Chilled Papaya and Watermelon Soup: This summer soup is seasoned with coriander and coconut Water. This sweet, delish, and light, soup provides energy and color to your day. http://ow.ly/rGfbs

Pumpkin Soup Recipe: A warm and hearty bowl of soup is comfort food. While most of us know the joys of a slice of pumpkin pie, few know the happiness of a bowl of pumpkin soup. http://ow.ly/rGfZo


Posted by folkheart press at 1:39 PM No comments: