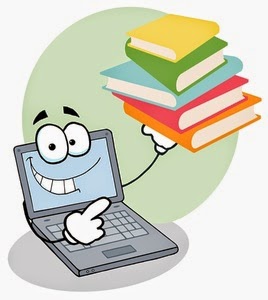 Ghosts, giants, and gods, oh my! These folklore E-books have it all. Power up those E-readers, get comfortable, and dive into these fun folklore books:

Carnacki, the Ghost-Finder
Long before supernatural detectives became popular in television and movies, there was Carnacki,the Ghost-Finder. This E-book is a collection of supernatural detective short stories by author William Hope Hodgson. First published in 1913, the stories center around the "detective of the occult,"  Thomas Carnacki, as he attempts to get the bottom of numerous hauntings and other mysterious paranormal disturbances.

Kate and the Beanstalk
A clever twist on a classic fairy tale, Mary Pope Osborne and Giselle Potter's Kate and the Beanstalk stars a whip-smart girl instead of traditionally lazy, not-so-bright Jack. Giselle Potter's enchanting illustrations bring Kate, the inspiring heroine, to life. You'll cheer on this resourceful, gutsy girl as she outsmarts the famously greedy giant.

Want to find out more about folklore? Click here.

Posted by folkheart press at 9:47 AM No comments:

Mythic Members of the Animal Kingdom 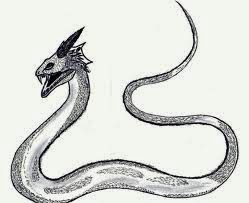 Stories and characters in mythology continue to stay with us, even in today’s highly digital world. Among them are monsters that are unforgettable.


Basilisk: a reptile considered to be renowned as the king of the serpents. It is believed to possess a magical power that can with just a glimpse cause death to anyone. Measured to be no more than twelve fingers long, it is part of the cobra family and some myths report that its venom strikes its enemies eyes.

Roc: a massive well-known white bird of prey. It is famed in Arabian sailors’ myths and stories and is believed to have once soared over the China Seas.  So physically strong it is credited with being able to hold an elephant in its talons. It was also to be the driving force responsible for delivering a blessed piece of wood to King Solomon so that he could complete the Temple.

Manticore: s a Persian creature that is known to be comparable to the Egyptian sphinx. It has a head like man with sharp teeth like the shark, and a red lion’s physique. It also had horns and, in some cultures, a dragon tail that could throw people, making them completely or partially immobile.

These creatures had skills and strengths that went beyond those of the natural world. Their extra special characteristics are what made them able to complete certain tasks and help humans accomplish great deeds.


To learn about more mythological creatures, click here.
Posted by folkheart press at 10:02 AM No comments:

The History Behind the Lore

Childlore is the folklore or folk culture of children and young people. It includes, for example, rhymes and games played in the school playground or neighborhood park that have been passed from one generation to the next. Other forms include pranks, codes, and songs and many are most often shared orally and learned through repetition.
One of the more common American examples is an urban sidewalk rhyming game:
If you step on a crack you break your mother’s back
If you step on a line you break your father’s spine

Some childlore contains codes that refer to events and activities that were current at the time the code was created. Here are a few examples:
Ring Around The Rosie game. It is believed that this game used words that referenced but did not specifically name the time of the plague that killed so many in England.
Mary, Mary Quite Contrary which is reported to be a criticism of the rule of Queen Mary.
Humpty Dumpty some say referred to King Richard III/
Little Jack Horner was a nursery rhyme said to be about the last monastery in England met its demise.


Childlore, unlike other forms of folklore, is unique because over the centuries it has been very well preserved. Most of the words have remained intact even without children knowing the history behind the lore.

Posted by folkheart press at 8:41 AM No comments:

What is a Parable? 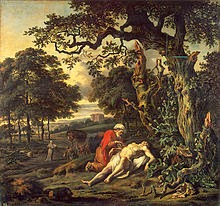 A parable is a story that illustrates a principle, such as hard work or honesty. It is usually used to make otherwise complex concepts easy to understand. Typically, a parable utilizes themes or symbols already familiar to the community.  In some cases a parable introduces ideas (societal values) that may be difficult at first to grasp. This is often the case when it comes to spiritual lessons and stories meant to inspire others. Here are a few examples:

The Good Samaritan
In the New Testament of the Christian Bible, Jesus tells a story about a man who has been badly hurt. Two people walk by without offering assistance. One person (who would have been shunned) stops to help the man in need. The lesson is that people should take time to help others in need.

The Obstacle In Our Path
In this inspirational parable, a king places a rock in the middle of the road. Wealthy people see the rock in the road and turn around. A peasant sees the rock, puts down his load and moves the rock. After the peasant picks up what he had been carrying, he notices a purse filled with gold coins and a note from the king saying that the coins were for whomever moved the rock. The lesson is that rewards come from a willingness to do the work.

The Salesman
This parable provides guidance. A young salesman was disappointed because he lost an important sale. While discussing the lost sale with his sales manager, he said, "I guess you can bring a horse to water, but you can't make it drink." The sales manager said, "It's not your job to make him drink. It's your job to make him thirsty." The lesson is to know what the point of your efforts is.


Folklore motifs about how one should or should not behave can also be found in legends and fables. However, unlike these, parables are about people and the choices they make.

Posted by folkheart press at 8:55 AM No comments:

Helen Keller, born June 27, 1880 in Alabama, was not afraid to face whatever challenges came her way. At just 18 months old, she contracted an illness that produced a high body temperature, which resulted in her losing both her sight and hearing. As a child, Keller was very wild and unruly, often throwing temper tantrums.
She was able to develop a limited method of communication with her companion, Martha Washington, the young daughter of the family cook. The two had created a type of sign language, and invented more than 60 signs to communicate with each other. Looking for answers and inspiration, her mother discovered Anne Sullivan, a recent graduate at Perkins Institute for the Blind. In March 1887, Sullivan went to work with Keller and so began a 49-year relationship between teacher and pupil. Helen Keller is a great example of how determination and hard work can allow someone to overcome great hardships. Here are just a few of her many accomplishments:
•         In 1904, she became the first deaf-blind person to receive a Bachelor of Arts degree.
•         In 1921, Keller joined the American Foundation for the Blind and worked for the organization for over 40 years.
•         Over the course of her life, Keller wrote 12 published books and several articles. She saw herself as a writer above all else.
•         Keller received many honors including, the Theodore Roosevelt Distinguished Service Medal (1936), the Presidential Medal of Freedom (1964), honorary doctoral degrees from Temple University and Harvard University, and she was elected to the Women’s Hall of Fame (1965).

Helen Keller, an American folk heroine, is a symbol of courage in the face of overwhelming odds. She also continues to inspire people all over the world with her accomplishments.

To learn more click here.
Posted by folkheart press at 9:18 AM No comments: