The Victorian Era is acknowledged as a time in history where creativity and innovation were heralded.  This resulted in some mind boggling inventions. Taking a closer look at some of the most popular Victorian inventions we can easily spot the experimentation and ingenuity of the time. Some of these inventions caught on, while others, like the examples listed below, were left in the past forever.


The purpose of this Victorian invention was to create something that was more adaptable than a standard bridge. However, this invention saw very limited use and never caught on in the way that traditional bridges did. It quickly became widely accepted that the whole notion of a rolling bridge was a pretty bad idea.


Unfortunately, it was more difficult to work this invention than it is to perform the task it was designed to simplify. The arms of the machine were designed to brush a horse automatically. It worked as long as the horse stood still.


This invention is something that you really had to see to believe. It is basically a transparent sphere with a rod that allowed the rider who sat inside it a way to cycle around in style and out of the wind or rain.

Trying to decipher who discovered the telescope is not as simple as one might think. Galileo is widely attributed with creating the original telescope, but the invention was actually a collaborative process that spanned across time. The term “telescope” was not even coined when in 1609 Galileo created his own device designed to look into the heavens.


The evolution of the technology used to create the telescope can be traced back to 3500 B.C. it was during this year that Phonenicians first came upon glass. In 424 B.C. lenses were discovered in some form as a way to create fire. Others who helped included Greek and Islamic scholars. However, it was not until the 14th and 15th centuries that lenses were developed to improve vision.


While Galileo is the one usually credited with inventing the telescope, it is Thomas Harriot who was  regarded as the first individual to make an actual drawing of the moon based upon the use of a telescope. This took place on July 26, 1609; more than 4 months before Galileo used his telescope to view the moon.


After Galileo heard that a device had been created he set out to build his own telescope. It had very limited magnification: 30 power with a narrow field of view. It is believed that he was only able to see about a quarter of the moon’s face with his telescope.


In 1611 Johannes Kepler added to the development of the telescope by creating a concave eyepiece. It allowed for a larger field of view, which made images clearer and expanded. 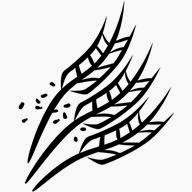 This folk legend dates back to the thirteenth century. It takes place in the village of Tichborne, England.

This traditional festival of charity - held on March 25th (the Feast of the Annunciation) centers on the handing out of donations of flour blessed by the local parish priest.

The donations were started by Lady Mabella Tichborne who, on her death bed, instructed that farm produce be given to the poor each year.

Here is the folk legend:

800 years ago it was customary that if a woman like Lady Maybela had money, it belonged to her husband from the day of their marriage. So, although she had been very rich, she had to ask her husband, Sir Roger de Tichborne for anything she wanted.

He however was rumored to be unkind. She had to beg for everything and most of what she had she gave to the poor.


During her final days she asked her husband to be kind to the poor. She wanted them to have bread once a year. Sir Roger didn’t want to honor her request.  So he challenged her. With a burning log from the fire said that whatever wheat land she could get to before the flames from the log died, he would set aside for the growing of wheat for the poor.

Lady Maybela called to her maids and they lifted her from her bed into the grounds outside that windy day. Miraculously the wind died down. Lady Maybela, too weak to stand up, crawled on her hands and knees into the distance. She was able to cover quite a bit of ground and when she returned, the flame suddenly went out. But not before she crawled over twenty-three acres that came to be known as the ‘Crawls’.

Before Lady Maybela died to make sure her husband did as he promised, she put a curse on the Tichborne family and house. Anyone in the family not giving flour to the poor on 25th March would find that their house would collapse, their money would be lost and seven sons would be born followed by seven daughters and the name Tichborne would die out.

In 1796 Sir Henry Tichborne gave money to the church instead of flour to the poor. He had seven sons, his eldest son had seven daughters and half the family fell down, so a very worried son of Sir Henry, a Sir Edward Doughty-Tichborne, started up the custom again.