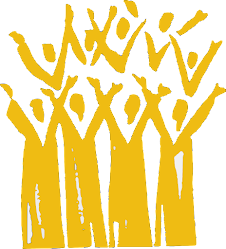 Folk music, the music of the people, includes ballads, sea shanties, and hymns. Because folklore is flexible, the lyrics, which  express the longings of everyday people, can be adapted to specific concerns, melodies, and instruments.

American roots music (a popular folk music category) includes blues, zydeco, and gospel. All are either native to this country or grew into unique forms out of earlier, foreign origins.

Songs of praise, also known as spiritual music, in particular, are often meant for group singing in which anyone can participate. Casey Bell, author of Casey’s Song Book, several young adult books, poetry books, and producer of the CSB.tv series of interviews with writers, took some time out of his busy schedule to answer a few questions about the music he writes:

Q:  When did you start writing song lyrics?

A: I was six years old when I wrote my first song. “You Gotta Share It.” It was a quick and simple song I wrote to music from a video game that my brother played continuously. After hearing the music over and over again, for whatever reason, I started signing these lyrics and can still remember them today. 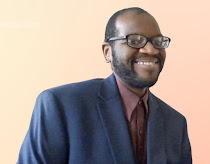 Q: Casey’s Song Book does not include musical notation. The only instrument required appears to be the human voice.  Is that because you want people to develop their own styles?
A: Yes and no. When I write a song, I create it in my head; I do not know how to read, write, or compose music. That is why there is no musical notation. I do believe though that we as musicians should not segregate our music into genres. Anyone should be able to create in any and as many genres as desired. This book’s lyrics only give the musician (the reader) the freedom to sing according to the compositions of their choice. This allows for many styles and interpretations.
Q: In your book, there are many songs of praise. Tell me what your process is for writing them.

A:  It depends on the day I wrote them. Some of the songs are dated. I have songs written in journals from the 1990s to 2021. My inspirations come from the day itself: successful, challenging, etc.

Q: You also write other types of folk music, many of which are poems on the page. How do you decide if the words will be a poem or a song?

A: As weird as it sounds, everything I write decides for itself what it will be. I simply let it write itself. In most cases I do not even plan to write a song or poem. An event happens in my life and the words fill my spirit and so I write them.

Q: You are also a playwright, performer, speaker, and educator. What are a few of the other projects you are currently working on?

A: I recently finished a short film, “#MaleToo.” It is a film about male models dealing with sexual assault in the modeling industry. I have entered the film in a few film festivals. It won the Award of Recognition: Liberation / Social Justice / Protest and Issues / Awareness Raising from Best Shorts Competition.

To learn more about Casey, visit his website. And be sure to check out his Ready Writer series.

Posted by folkheart press at 10:00 AM No comments: 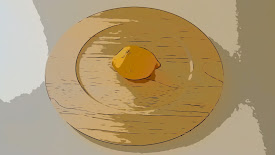 Fruit is a folklore staple. Think of fairytales like Snow White (poisoned apple)  or superstitions about peach tree branches over doorways to protect against evil. Although such food lore-related examples are considered to be long ago and far away, they are very much alive today as part of our folkloric fabric because we have found ways to bring them into our everyday lives. This is the secret sauce of all folklore: the ability to adapt to current needs of a society.
Take for instance, the creative work of Jenny Wong. A traveler and writer whose fiction and poetry have appeared in numerous publications, including ARC Poetry Magazine, Vallum, and Grain Magazine,  she recently created a multimedia series of mini films based upon her own poetic work.
We recently e-chatted about her Compostable Morsels productions so that I could learn more about her process:

Q: What inspired you to create these delicious films? Why these specific foods?

A: It was a very organic (ha!) process.  The first poem “tiger lily” was written during a virtual Japanese poetry workshop.  I adored how the short forms felt, that hyper focus of existence within a particular moment. Afterwards, I was constantly writing snippets about household items and foods in the fridge (it was 2020, so I wasn’t getting out much).

Q:  How familiar were you with the food lore surrounding the fruits you wrote about?
A: The apple is the one I’m most familiar with.  There’s so much lore surrounding it.  A symbol of autumn and harvest, a forbidden fruit, and, as you mentioned, a poisoned instrument of fairy tale, to name a few.

Q: In the first one, "apple | Compostable Morsels"  you peel an apple. What was your goal for the poem?

A: This is the only film where the title is not mentioned in the poem.  It’s never directly stated that an apple is being pared.  I could’ve chosen a potato perhaps, but the apple holds so much power.  I wanted to offer a gentle reminder: see what’s beneath the skin (which is so much of what we are, but not everything), perhaps what lies beneath may be better left unlabeled and just experienced.

Q: Before watching “lemon| Compostable Morsels" I thought of the proverb (another folklore category) “When you get lemons, make lemonade.” In this film the poem tenderly holds the lemon. What does the lemon represent?

A:  Ah, the lemon.  Back in 2016, I visited Crete and stayed in a little port city called Chania.  There were streets lined with lemon trees and the ripening fruit gave off the most gorgeously indescribable scent.  Sometimes, when I smell a lemon (which only faintly  resembles those) for a brief moment, I am a little closer to the sea and just a little happier.

Q: Did you write the poems first and then make the films? Did the films in any way change the poems?

A:  The poems came first, selected from a subset of short poems.  The films didn’t change the poems, but they did inform my decisions on which poems to use.  I wanted the films to have a cohesive feel and envisioned a fixed setting like a cutting board or a plate. In the end this was quite practical and simplified the filming logistics. Basically, the poems that revolved around something on a plate were chosen.

Q: Do you plan to create more mini films?

A: Absolutely!  I’m currently working on a standalone short poetry film which I hope to release later this fall.

Here is her Compostable Morsels Playlist: