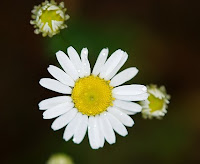 The Michaelmas Feast is held every year at the end of September. In medieval times, the Michaelmas was considered the commencement of the husbandman’s year and the end of the harvest.


It was named after St. Michael who defeated Lucifer and is regarded as a great Archangel. A basilica near Rome was dedicated to St. Michael in 5th century on September 30, Hence the celebration.


The Michaelmas Feast was thought to be a Holy Day of Obligation during the Middle Ages. For the Lutheran Christians, Michaelmas Feast is a principal feast of Christ. In the northern hemisphere, Michaelmas coincides with the beginning of autumn.


Crab Apples & True Love: In England, village maidens collected crab apples and arranged them to form the names of their lovers. If they remained perfect till October 11 it was a sign of true love.


It was considered a bad omen to collect black berries on the day of Michaelmas.


Weatherlore: Eating goose at this time was also important.  German folklore suggests that the weather can be foreseen from the breastbones of the Michaelmas goose. They carried this belief to America where it still exists among the Pennsylvania Dutch.
Posted by folkheart press at 12:00 PM No comments: 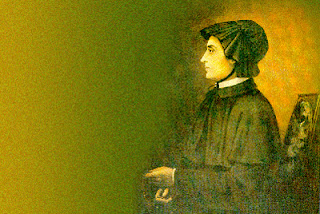 Elizabeth Bayley Seton was born in New York City on August 28, 1774. She was the second daughter of a prominent Anglican New York family. Elizabeth married William Seton in 1794 and, after his failing health, they moved to Italy.

A Protestant, in 1805 she joined the Catholic Church and  later started the first free Catholic school in America. By 1809, vows of chastity, obedience and poverty she became known as Mother Seton.

She continued to raise children even though she was afflicted with tuberculosis.  Following the ratification of The Rule of the Sisterhood in 1812, Elizabeth and her companions became sisters. Together they established one more school and two orphanages.

She was considered to be one of the keystones of the Catholic Church in America as she founded the first religious community of the American Catholic Church - the Sisters of Charity.
She died at the age of 46 in 1821. In 1975, she became the first person who was born in the United States to be canonized.
Posted by folkheart press at 11:00 AM No comments: 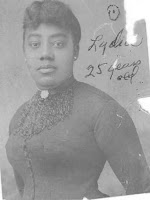 Lydia Flood Jackson (1862-1963) was born in California’s East Bay, near Oakland. Her family was prominent among the earliest settled African American families in the state. Her father Isaac Flood was a tradesman and laborer and her mother Elizabeth Thorn Scott was a school teacher credited with starting the first public school for African American students in California.

Alongside her father who was a member of the California Colored Convention Movement, she worked hard as a young woman to obtain civil rights and the right for education for African Americans. Her most noted efforts came through her involvement with various women’s organizations like Fanny Jackson Club and the Native Daughter’s Club.

A businesswoman whose cosmetic business manufactured perfumes, creams and toiletries was successful, she was also a political activist. She traveled to South America, Mexico, and other places to talk about her call for democracy. She urged women to fight against stereo typed roles that stunted their opportunities.

Her work opened the doors for those who followed. With a strong sense of self-worth and respect, she inspired others to support the suffrage movement.