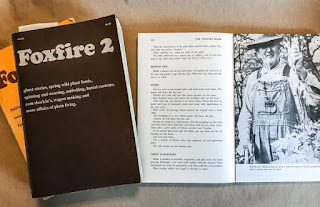 Foodlore explores the ways people grow, harvest, preserve and serve their foods. In some cases, and in some special situations, foods must be handled in particular ways. Select items may be prohibited or eaten at during select days, others may need to be cooked a certain way.


Examples include: renouncement of certain foods during the Christian season of Lent and the removal of unleavened bread/flour items during Passover.


While religion plays a part in many food traditions, geographic considerations are equally important. People have learned to adapt to their environment. They have substituted one item for another, such as replacing wheat for whatever grains can be grown in a particular climate, etc.

The Appalachian Mountains of America are considered to be one of the most biologically diverse regions on the planet. The range stretches from the tip of Maine into Alabama and Georgia. As a result many factors have contributed to the food customs that exist there today. Some of these elements can be found in The Foxfire Book Series That Preserved Appalachian Foodways, a series of articles in magazine and book form that focuses on food preparation, culture and life in this 1,500-mile region.


Some of the recipes collected by Georgia high school students who embarked upon this ambitious project reflect the community’s simple way of life. Bread in a basic Dutch oven is one example. So is the approach they take to make sure that all parts of a hog are put to edible use.  There are also pieces exploring how to cook possum and forage for edible greens and vegetables.


The original Foxfire book series that began in 1966 as a school project today consists of 12 volumes. It has also expanded to include additional specialty books focusing on cooking, winemaking, religion and music.

Winter Foodlore
Posted by folkheart press at 11:00 AM No comments: 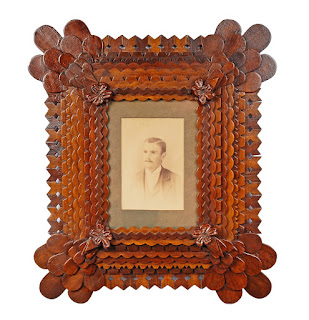 
Tramp art, like most folk art, celebrates both the folk artist and the times within which he or she created these unusual items.  This distinctly American folk art style spanned approximately 60 years (1880-1940). According to most reports, it was finally recognized as its own genre of woodworking in 1959. It consists primarily of homespun and handmade functional items, such as sewing boxes, picture frames and cigar boxes.

Recognized for its textured, carved wood design, it repurposed items that might have otherwise been discarded. Picture frames, for example were the result of hours of carving a piece of scavenged wood or repurposing a pine cigar box so that it had an elaborate layered design. Techniques included cutting, notching and whittling the wood and then using nails and/or glue to create familiar shapes, like star, crosses, and hearts.

The hours it took to create a piece of tramp art suggest that those with long stretches of time on their hands were most likely the artists, including sailors. The theory that it was art created by tramps or hobos has been debunked.

Samples of this unusual folk art form are on display at the Museum of International Folk Art in Santa Fe, New Mexico. No Idle Hands: The Myths & Meanings of Tramp Art exhibit runs from March 12, 2017 through September 16, 2018. More than 150 examples of this folk art will include some pieces from France, Germany, Scandinavia, Brazil, and Canada  although most of the pieces will be from the United States. The goal, according to the museum is to  demonstrate the far reaching this folk art form is.

The exhibit will also include works by contemporary makers, thus establishing tramp art as an ongoing folk art form rather than a vestige of the past.

Folk Art
Posted by folkheart press at 11:00 AM No comments: 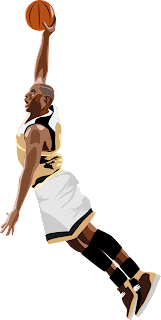 
March Madness is a basketball championship that is held each spring in the United States. 68 college teams participate in this fast-paced elimination tournament that was created in 1939 by Phog Allen, a Kansas coach. With most of the games held in March, it has become one of this country’s most prominent sporting events.

Overall, sports are competitive games that have their roots in specific communities of origin. As community folklore, many of them have been modified to suit their new environment. For example, bowling which can be traced back to ancient Egypt. By the 14th century it had become popular in England. In Italy, the same game of rolling a ball and knocking down pins was known as bocci.

Now, back to basketball. It was developed in 1891 by Dr. James Naismith who was charged with creating a new indoor sports activity. According to NBC.Com, the activity was designed as a physical education class at the international YMCA training school in Massachusetts. Originally the hoop was a peach basket that hung ten feet above the floor.

In general, folklore sports are a very vibrant category of folklore; always present in most cultures it is a physical example of several key social values: sportsmanship, ability to compete and working with others as a team.

All sports also produce sports heroes, men and women who achieve through skill and applied determination a standard of excellence. These athletes represent the best of the best, so to speak. In turn these figures become folk heroes/heroines; people who are admired for their talents and leadership.

Because many athletes come from adverse circumstances, they also represent what is possible for others who may also be in less than fortunate circumstances. They also serve as a rally cry for people who might not otherwise not come together as a larger community; one that can provide hometown, statewide and/or national pride.

An interesting twist in our American cultural values is the addition of wealth as success that many sports folk heroes/heroines gain during their careers. Unfortunately, sports fans can, and often do, forget about the other values that contribute to being a sports folk hero/heroine.  It will be very interesting to see how sports as an element of community folklore continues to evolve. 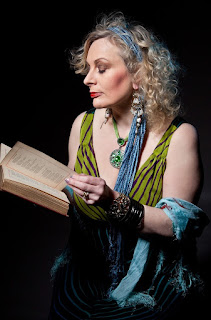 Storytellers are people who share legends, beliefs, myths, and fables in oral tradition settings. Not all stories are meant to be told this way and not all people can tell stories. For those who want to develop or enhance their storytelling skills, here are some suggestions that might be helpful. According to Flora Joy of storynet.org many storytellers have asked the same questions. Whether or not the storytelling is for personal or professional purposes, some of the same techniques apply.

Joy’s response is “Find a story that you feel you will TRULY WANT to tell. If you aren’t "sold" on the story, it will "show" when you tell it. Your body language will reflect how much you like (or dislike) the story.”


Looking for your first story?

There are several places. Consider the following:


(1)   Ask a librarian for a collection of stories that might fit your interest.


(2)   Look at your own personal life for inspiration and try to write a story that would appeal to your audience.


(3)   Examine story collections you loved as a child.


(5)   Listen to story recordings done by the professionals. Copyright principles will apply and permission will be required if you want to retell someone’s story.

How do you learn your story?

Joy says: “There are several methods used by the pros. Probably the most common is as follows: Read the story over MANY times until the story’s "voice" becomes very familiar. Then practice with the first part of the story until it feels right coming from YOUR voice. Continue with each section of the story until you’ve reached its end.”

What to do when you’re ready?

Joy suggests you practice your storytelling skills in front of an audience of listeners who you feel comfortable speaking to. Inform that audience that this is your first performance and ask for some positive and negative feedback afterward. Check out some local storytelling guilds if you feel you need to fine-tune your performances further.

To read the complete article click here.
Posted by folkheart press at 11:00 AM No comments: